HE was a staple of the Britain’s Got Talent family for 13 years, providing some of its best content on the spin-off show.

But last year I told how ITV bosses had decided to bin Stephen Mulhern's Britain’s Got More Talent, leaving him out in the cold. 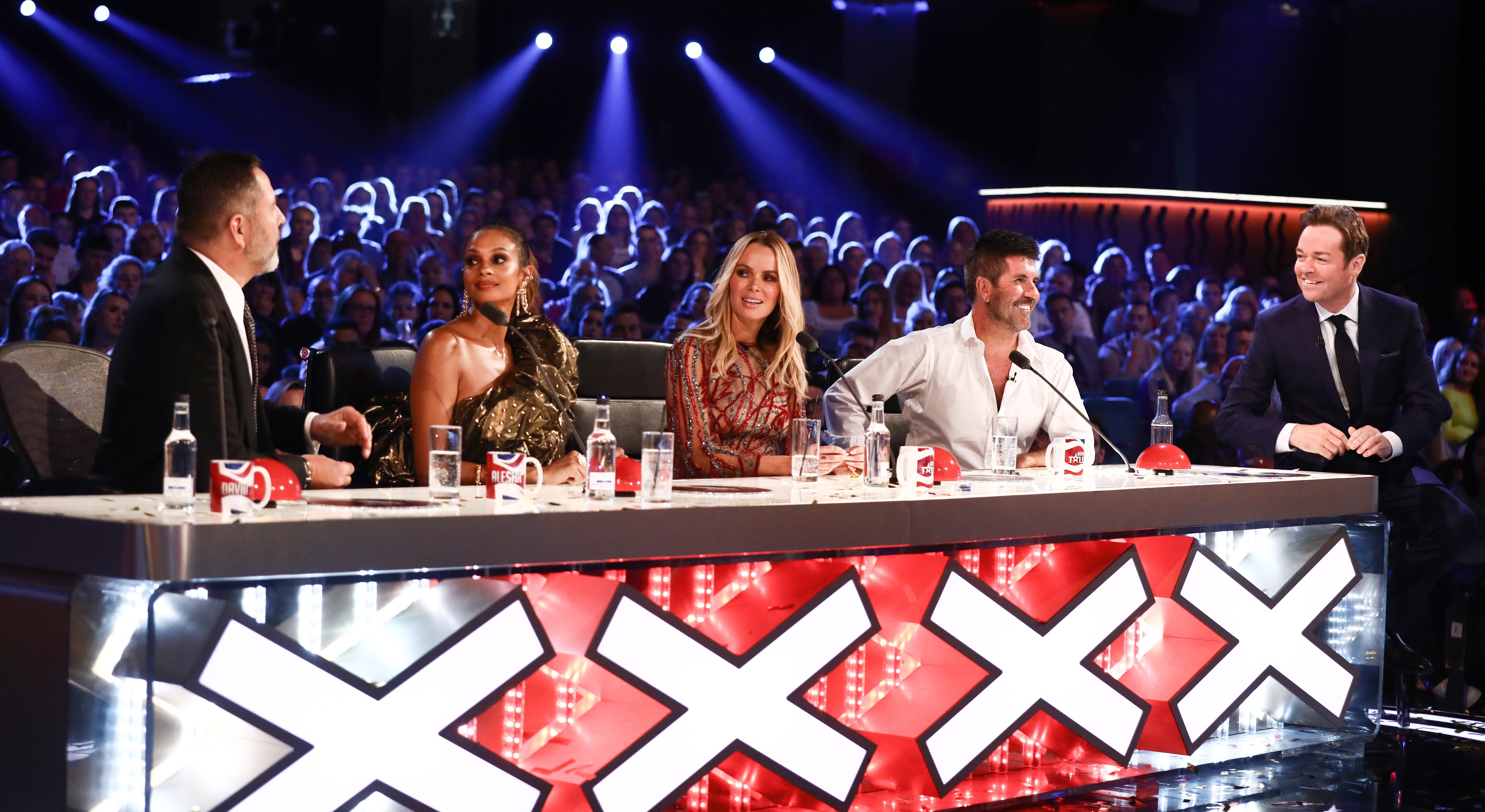 Speaking about the decision for the first time, Stephen said it was a move the show’s judges Simon Cowell, Alesha Dixon, David Walliams and Amanda Holden and hosts Ant and Dec disagreed with.

In an exclusive interview, he said: “It’s a shame and when it was decided they weren’t going to do the ITV2 version I think the consensus among the boys and judges was this is a ­massive gap.

“We did it from day one, when there were only three judges. Do I think it’s a shame? I do. We got away with a lot of stuff.”

Those who loved More Talent, including myself, can get their fix of the same breed of telly nonsense with Stephen’s show In For A Penny, which returns tomorrow at 8pm. 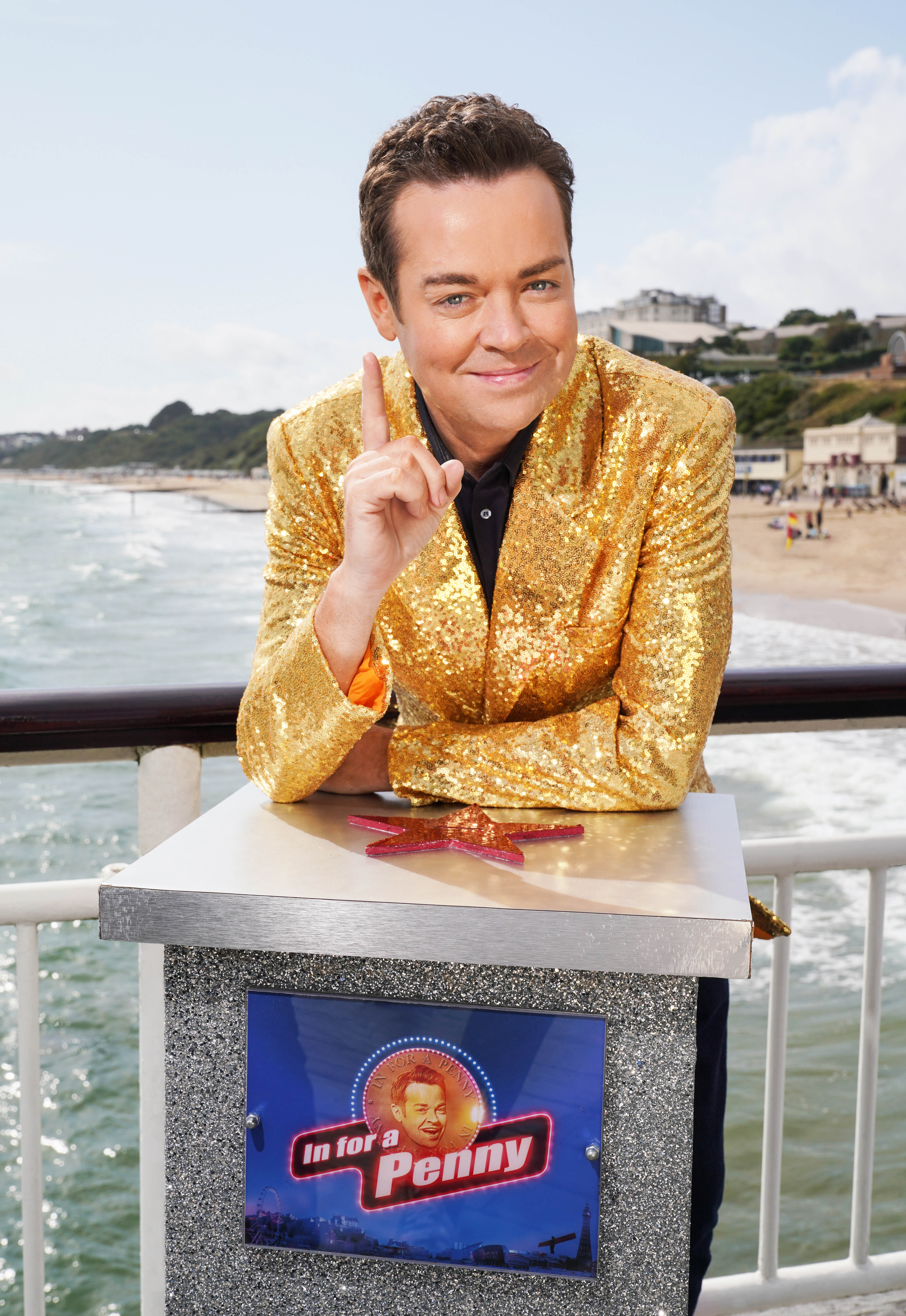 7 Stephen’s show In For A Penny sees him challenge people to turn a penny in their pocket into £1,000

It sees him take to the streets of the UK — in the days before the lockdown — and challenge people to turn a penny in their pocket into £1,000.

Punters try things that sound easy but make for top telly when they muck it up.

Stephen said: “It is very ­similar in style to what we did on BGMT. But on that you did it with the judges and the nuggets we got were phenomenal.

BRAVE members of the public tackle the You Are What You Eat game in Stephen’s new series – to guess what a piece of food is while they are blindfolded.

Thankfully, the host oversees the task rather than taking part, as he’d be useless. 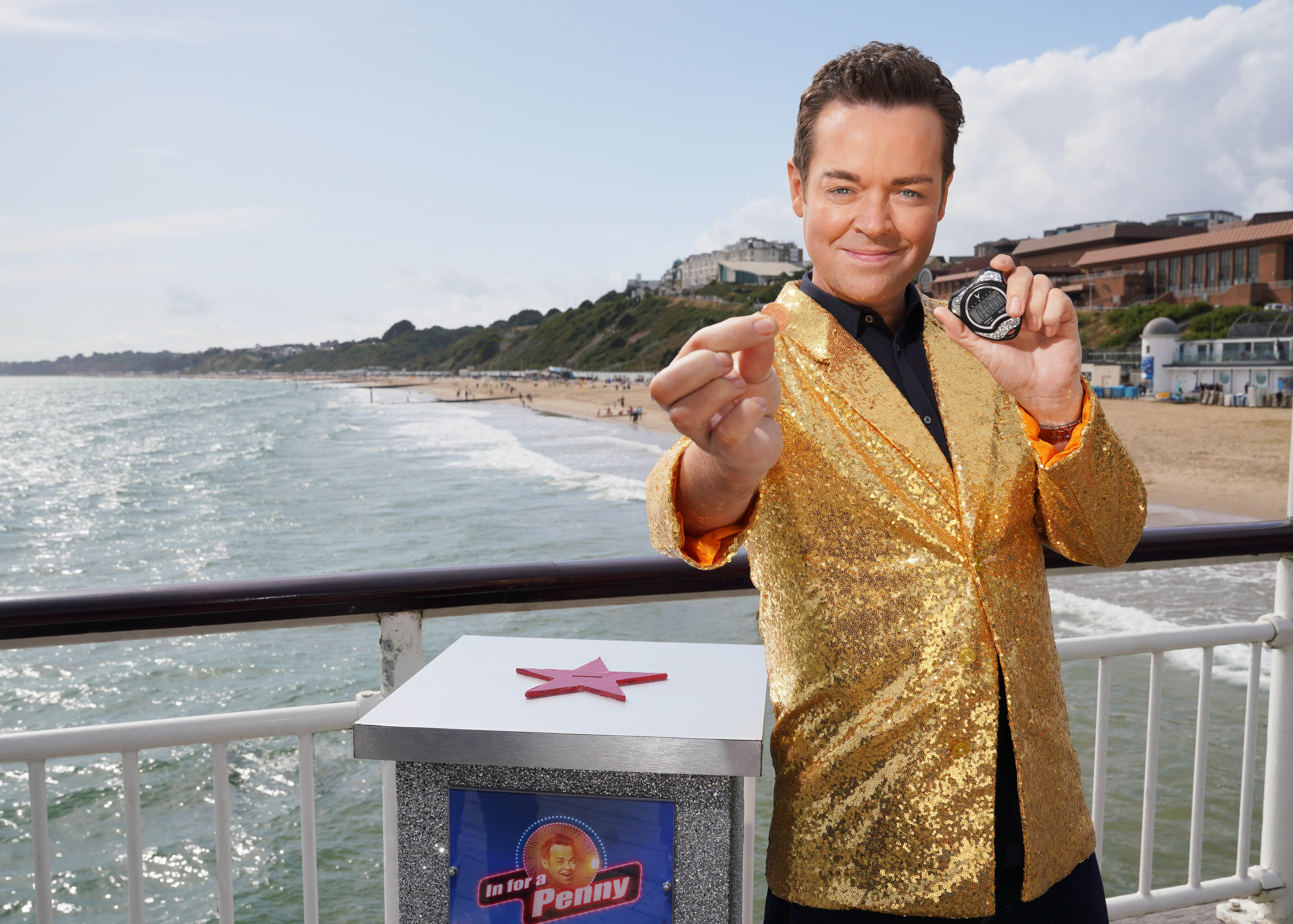 He has never eaten a curry or had a cup of coffee, but is now the proud owner of a Greggs loyalty card, getting him unlimited tasty pastries ­whenever he wants them.

Stephen said: “You think about goodie bags at the Oscars. Well, Greggs gave me a loyalty card. And I was over the moon.

“I am a really plain eater. It’s quite an embarrassing thing really. Maybe I’ll start trying to, you know, open up my palate a bit in this downtime.

“My parents are market traders. So we always grew up eating bog-standard stuff – egg and chips, steak and chips, fish and chips.

"I’ve never had a curry. Never had a cup of coffee. Holly Willoughby makes fun of me about it – so do the boys.”

If you have never seen the video of Stephen trying an oyster after taking on a dare by Ant, today is the day.

Google it. It’s worth every second of your time.

7 If you need a laugh, Google the video of Stephen trying an oyster after taking on a dare by Ant
Lockdown lowdown

STEPHEN picks four things to keep you occupied while we are all stuck indoors:

My silent night with Ant and Dec

STEPHEN has had two familiar faces alongside him for much of his career – the UK’s favourite presenting duo Ant and Dec.

He was also with them as they hit their best-ever ratings last weekend for the first Saturday Night Takeaway to be filmed without a live audience because of the coronavirus crisis. 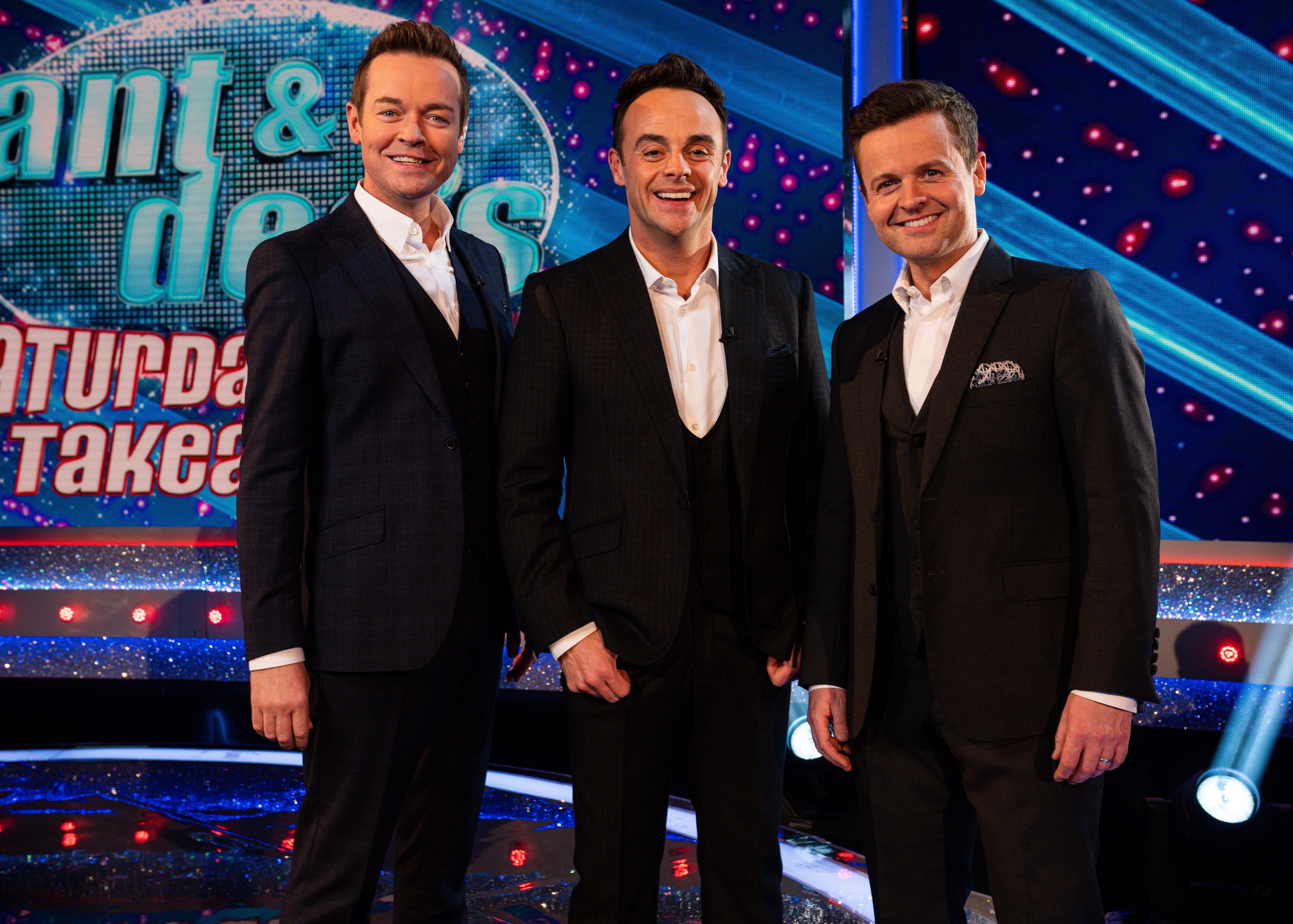 But Stephen joked that the absence of fans was reminiscent of the pair’s days as naff pop act PJ & Duncan.

He said: “The weirdest thing was that all I could hear was my own voice.

“You know, Ant and Dec are used to playing to small audiences. They’ll hate me for saying that, but there you go. Would I like a couple of their awards? Yeah.

"Have I been tempted to nick one? Yeah. Because in their houses, it’s literally just shelves full of them. It really is incredible.”

The programme, which pulled in 11million viewers, finished on a heart-warming note as Olly Murs performed for the End Of The Show Show, with videos sent in by the public.

Stephen said: “When you look at the End Of The Show Show, it was all about people.

“It’s usually a big extravagant thing, and loads of money goes into it. But it was just all about people picking up their phones and getting involved. It was all about just being happy.”

WHY? The hilarious new series sees brave folk tackling Driving Me Round The Bend, You Are What You Eat, Check It Out and the finale, In For A Penny? Just the pick-me-up we need right now.

STEPHEN is the son of market traders and worked with his parents before cracking the big time, first as a magician then later as a TV presenter.

And he admits that if the world of showbiz booted him out tomorrow, he would be back on London’s Petticoat Lane in a flash. 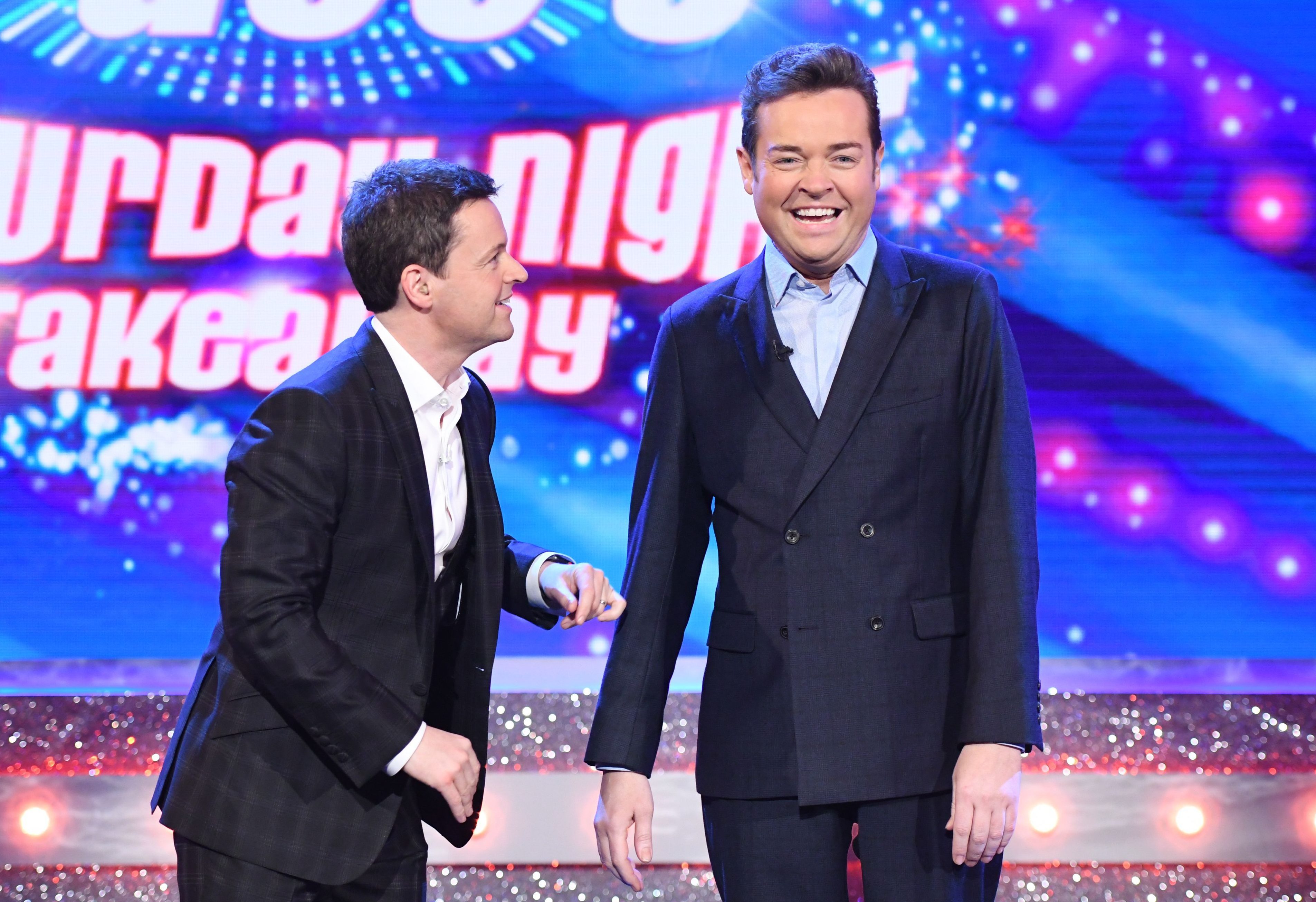 Stephen said: “I would – because, for one, I absolutely loved it. I really, really enjoyed it. And it’s a real sort of camaraderie even though now, you know, there is all the online shopping and stuff.

“It’s at times like this that you begin to evaluate things. Let’s face it, who knows what’s going to happen?

“You can’t do what we did [performing without a live audience on Saturday Night Takeaway] last week, every week.

"That’s one thing I realised – just how important the audience are to fill in the gaps that you feel you need to fill yourself when there’s nobody there.”

STEPHEN says he could not bear the thought of anyone else presenting In For A Penny, which was dreamt up by Ant and Dec.

He revealed: “They said, ‘You do realise there’s not another presenter who could do this gig’.

“I love working with the public more than celebrities. If I had the world’s biggest film star or Debbie from Doncaster, I’d pick her all day long.

“The thing about the public is there are no inhibitions.”