As a theatre critic, I’m used to taking in three, four or sometimes more shows a week. But now, like everyone else, I must go cold turkey.

And after doing a little digging I’ve discovered it is still possible to watch top theatre without leaving your living room — thanks to online formats and subscription services.

With theatres around the country racing to put their shows online, here is my pick of what to watch at home… 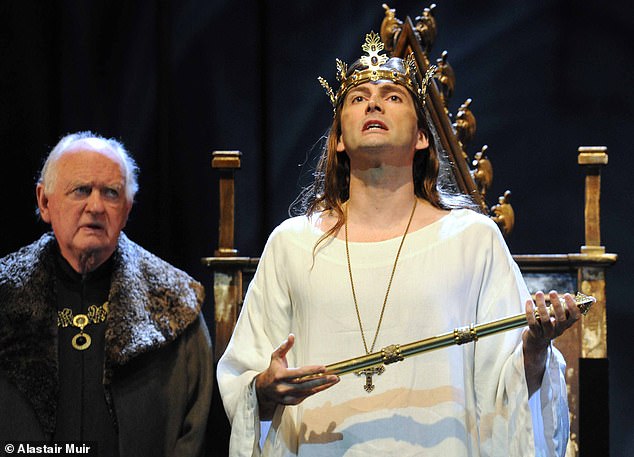 With his long white gown and flowing red locks, David Tennant’s Richard II was one of the oddest theatrical highlights of 2013

With his long white gown and flowing red locks, David Tennant’s Richard II was one of the oddest theatrical highlights of 2013.

Shakespeare presents Richard as a medieval ditherer with a lyrical tongue, presiding over a fractious court. Divisions rage between the terrific Antony Byrne as Thomas Mowbray and Nigel Lindsay who (spoiler alert!) goes on to depose Richard and become Henry IV.

Directed by the RSC’s current boss Greg Doran, it also starred Michael Pennington as John of Gaunt with his famous ‘sceptred isle’ speech, which has once again accrued new resonance (‘this fortress built by nature against infection’).

A genius pairing of two Shakespeare comedies by director Christopher Luscombe, who set the plays with magical and emotional effect either side of World War I.

Love’s Labour’s Lost is about young bucks eschewing the company of women, while Love’s Labour’s Won was Shakespeare’s subtitle for Much Ado About Nothing and picks up the characters’ fortunes after the trenches.

Michelle Terry and Edward Bennett made a gloriously combative and tender pairing as the lovers in both plays.

(Marquee TV; Love’s Labour’s Won also available on the BBC’s Culture In Quarantine at bbc.co.uk/arts, alongside five other RSC productions.)

This is the West End musical that famously led to Sheridan Smith having a breakdown in 2016.

Smith may have had her backstage demons, but on the boards she blew everyone away with her performance as Broadway legend Fanny Brice, who had a memorably stormy relationship with gambler Nicky Arnstein.

Jule Styne and Bob Merrill’s musical boasts numbers such as People, I’m The Greatest Star and Don’t Rain On My Parade, made famous by original funny girl Barbra Streisand. 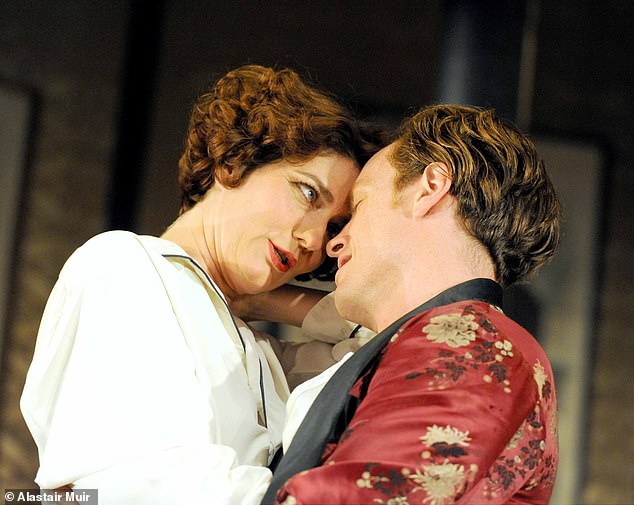 Toby Stephens and Anna Chancellor starred in Jonathan Kent’s raucous 2012 Chichester production of Noel Coward’s comedy about a divorced society couple who accidentally meet again while on honeymoon in the Riviera — with their new spouses.

Chancellor is a ravening tigress, baring talons to Stephens’s proverbial bull in a china shop. But Anna-Louise Plowman and Anthony Calf have their moments as their collaterally-damaged new partners.

From April 2, you can catch the National Theatre’s production of Richard Bean’s comedy, directed by Nicholas Hytner and starring James Corden, on YouTube (the NT announced it would be releasing a series of their greatest hits via the streaming channel).

Corden plays sacked skiffle player Francis, who finds himself in the service of a couple of small-time villains in Brighton. But it’s Tom Edden, as an ancient and accident-prone waiter, who left me helpless with laughter. 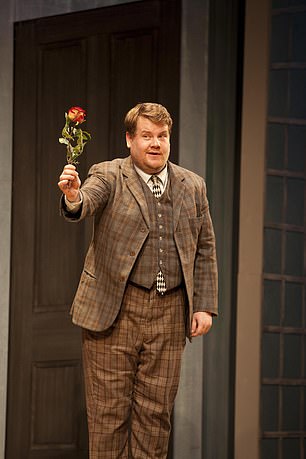 Arthur Miller’s powerful family drama, starring David Suchet and Zoe Wanamaker as an American couple harbouring a terrible secret after their son goes missing in action at the end of WWII.

Directed by the late Howard Davies at the Apollo Theatre, this West End hit was a restaging of his earlier (2000) production with James Hazeldine and Julie Walters. It features William Dudley’s stunning set with a real lawn.

Part of Classic Spring’s Wilde season at London’s Vaudeville. Also available: The Importance Of Being Earnest, starring Sophie Thompson; A Woman of No Importance with Eve Best and Anne Reid; and An Ideal Husband featuring Edward and Freddie Fox.