The 39-year-old watched as the hilarious moment played out on This Morning – showing 'Holly' collapsing in fits of giggles in front of 'Phillip Schofield'. 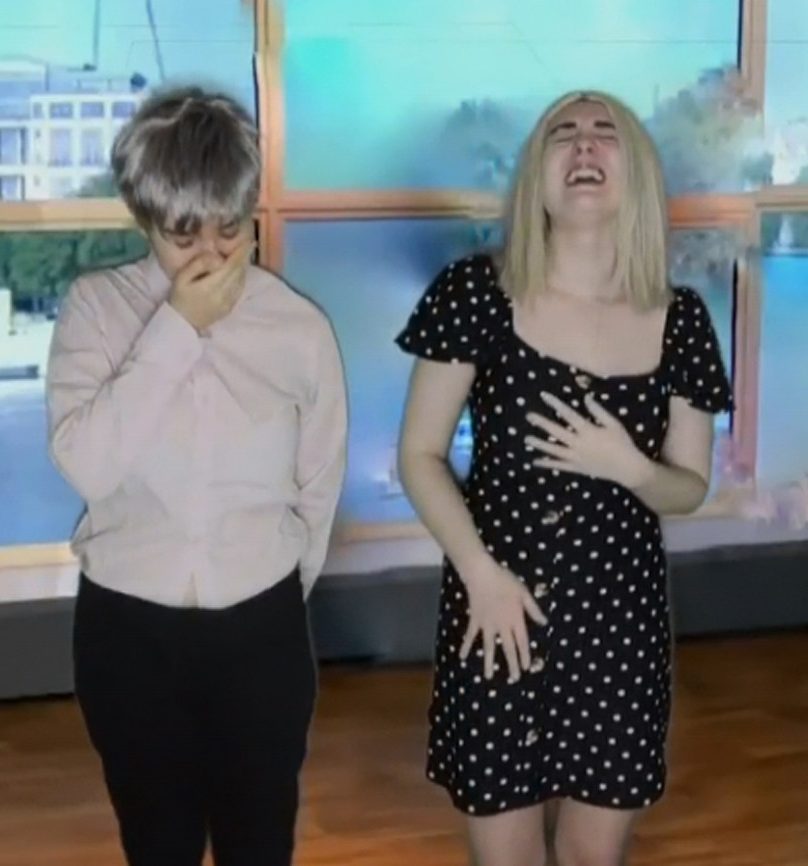 4 These YouTubers have made fun out of Holly WilloughbyCredit: refer to caption.

'Holly' says: "And coming up at 12, Gino D'Acampo will here to show you exactly how he tosses his salad."

Producers then cut back to Holly and Phil who shouted that they hadn't shown the main bit, with Holly adding: "I'm grateful."

The clip then restarted with 'Holly's' voice going high-pitched and squeaky before throwing her head back and then collapsing on the floor in hysterics. 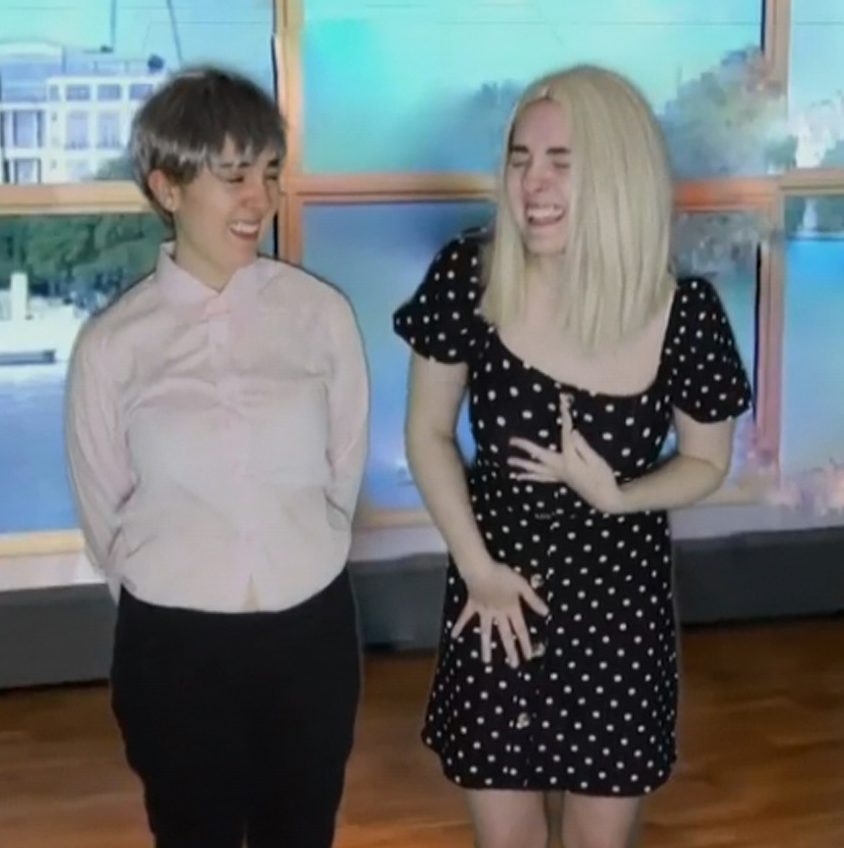 4 The hilarious moment was played out on This Morning todayCredit: refer to caption. 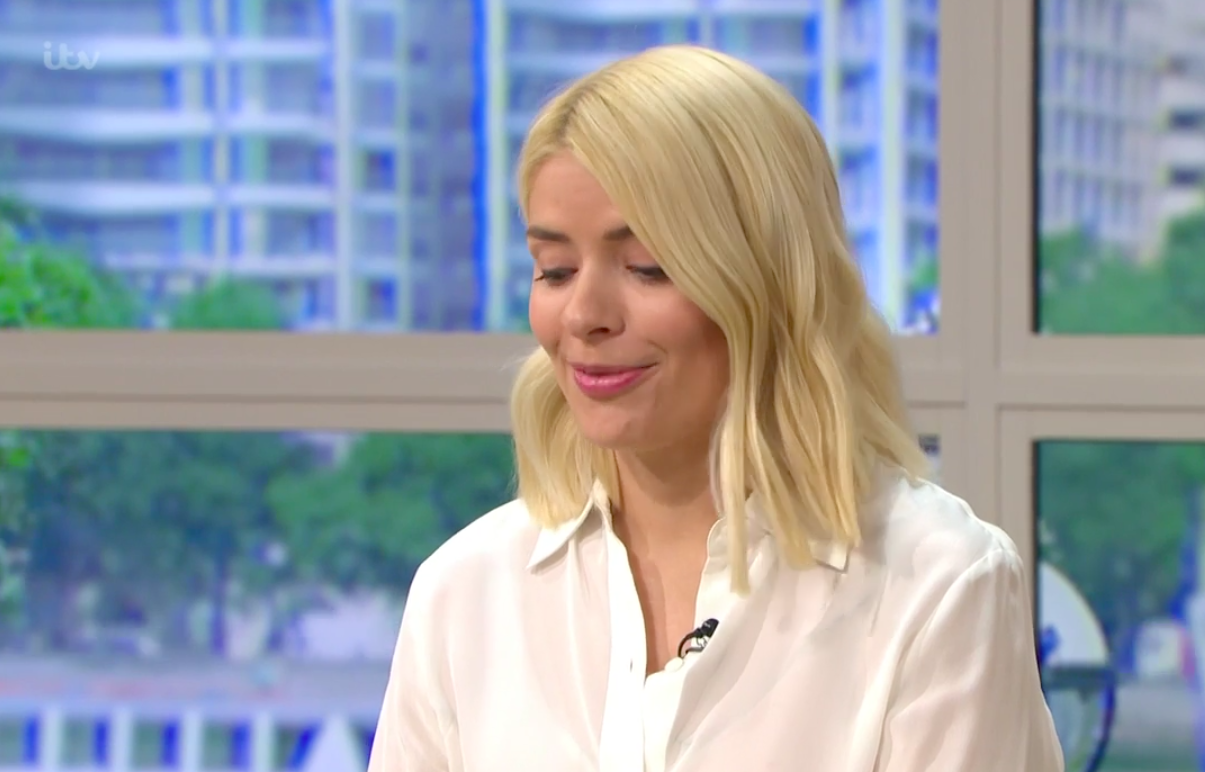 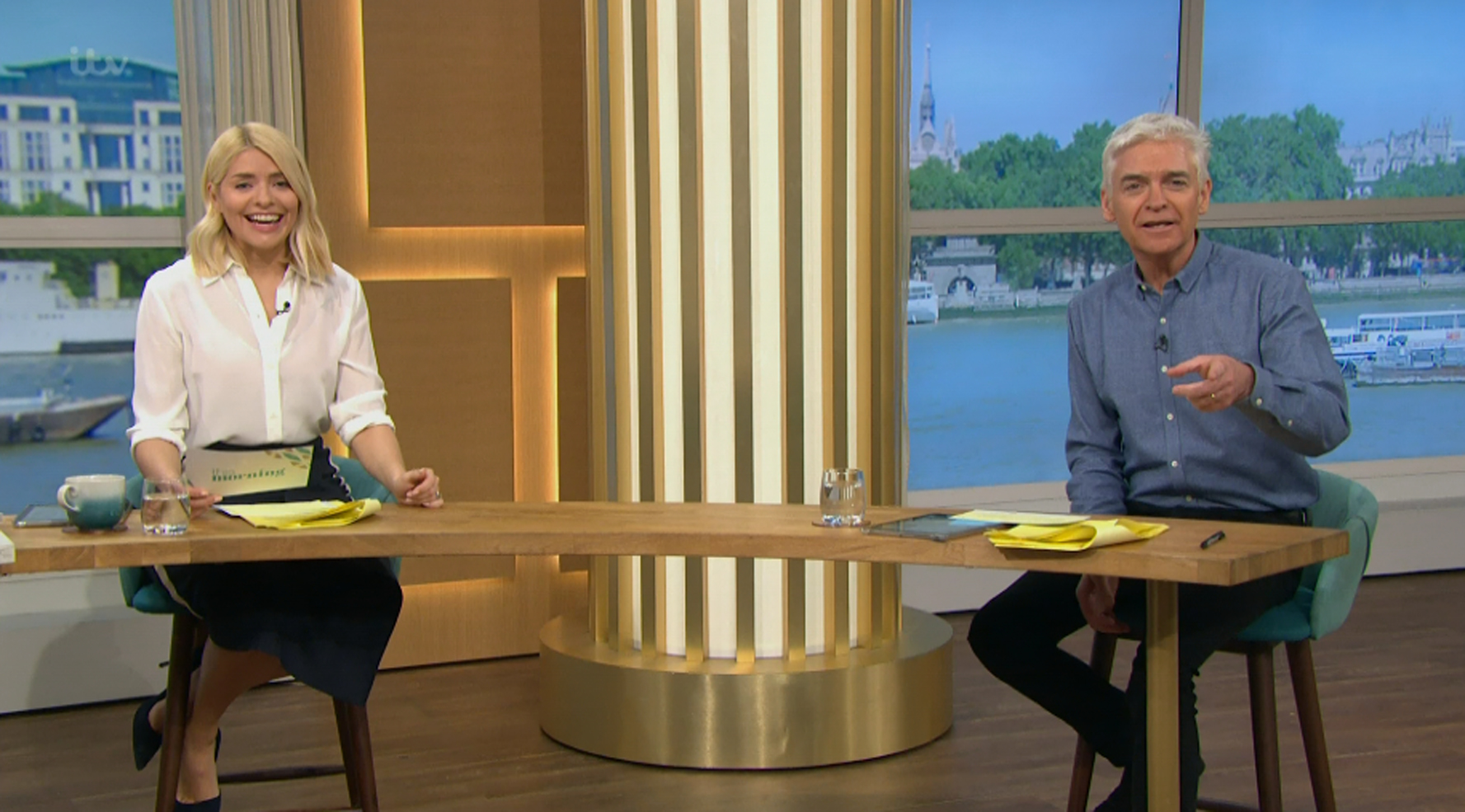 4 Holly tried to laugh it off by seemed keen to moved on from the impressionCredit: refer to caption.

After the clip plays out, Holly tells viewers: "It does happen quite often, I'm sorry about that" before quickly moving on.

The giggly presenter is known for losing it on air and often ending up on the floor as she struggles to breathe with laughter.