Harry Styles has given a candid interview from lockdown and revealed how he is adapting to his new normal amid the coronavirus pandemic.

The Falling singer, 26, appeared on Zane Lowe’s Apple Music show via FaceTime on Thursday, and revealed he is meditating, getting fresh air, checking in with family and friends and ordering in from small businesses during his time in quarantine.

He said: ‘I think we’re kind of adjusting to the new normal. I think for a lot of people, the reality’s setting in of at first it’s like, ‘Oh, we’re all in and we get to watch movies and eat burritos,’ and live the kind of meme life. 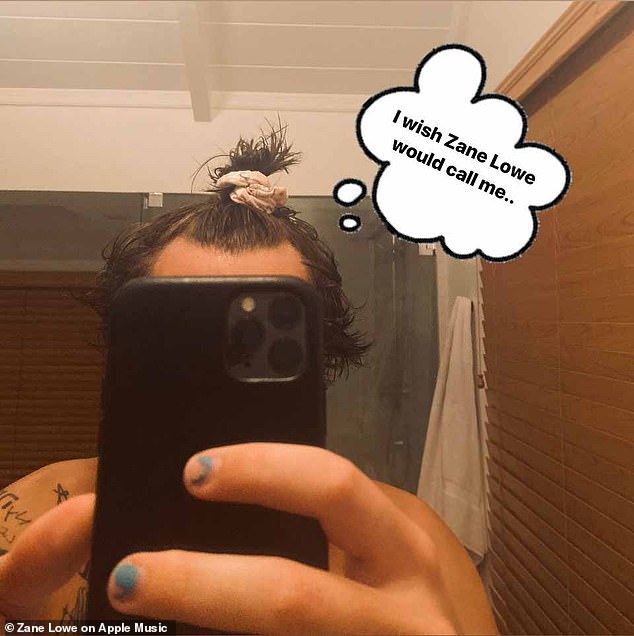 Candid: Harry Styles has given a candid interview from lockdown and revealed how he is adapting to his new normal amid the coronavirus pandemic

‘And then you speak to people around the world and I have some friends in Italy and for them it’s really scary. There’s hundreds of people dying every day and in your house, you get to kind of remove from it a little bit and you get to watch films and read books and listen to music, which is amazing.

‘But I think you get that humbling moment where you just remember that actually this is a very serious thing. So yeah it’s definitely been an adjustment and there’s people who aren’t with their families, it’s a really hard time to be a single person living on your own right now.

‘I’m lucky because I’m staying in with friends, but we’re checking on people all the time who are living on their own and stuff because it’s a long time to be in your house.’ 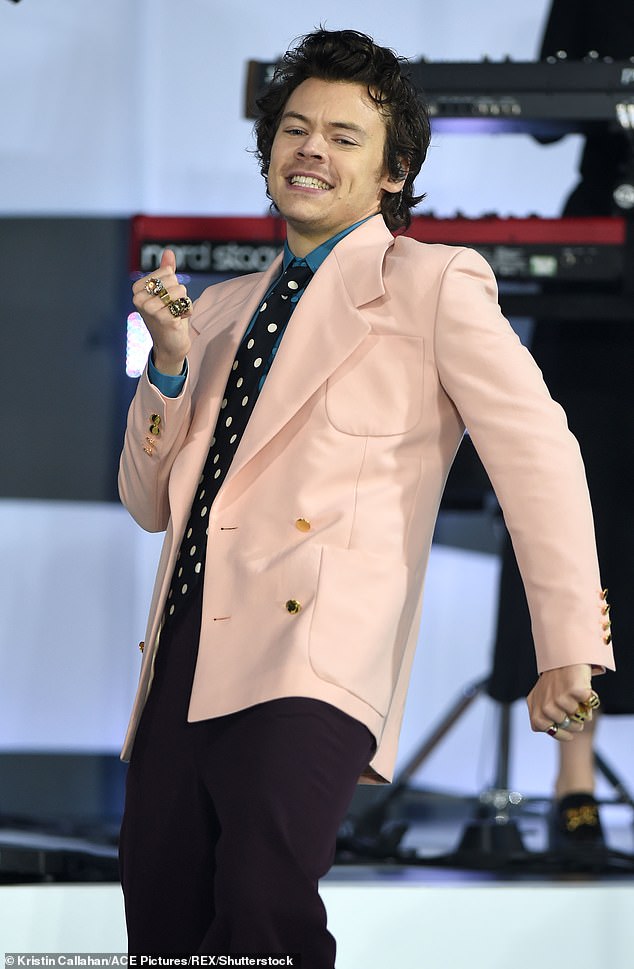 Meditating: The Falling singer, 26, appeared on Zane Lowe’s Apple Music show on Thursday, and revealed he is meditating, getting fresh air and checking in with family and friends

The One Direction star said maintaining his routine had been crucial during lockdown, as well as showing his support for businesses affected during the difficult time.

He said: ‘We’ve been cooking a little bit. We’ve been ordering as long as we can because we figured there’ll be a point where we can’t and we obviously know the businesses are struggling so we kind of don’t want to eat all our stuff.

‘But yeah, we’ve been trying to hold some sort of routine, trying to stay positive and stay productive, and any moment where we kind of find ourselves not doing anything we check in with family and stuff like that or friends who have businesses which have closed and stuff like that.

‘I’m obviously really lucky that I am someone who can work from home. But there’s so many people who aren’t and it’s just a difficult time right now.’

On how he’s staying healthy during lockdown, the star added: ‘I’ve been keeping somewhat of a schedule. I’ll get up in the morning, I’ll meditate in the morning and then have a coffee and do some reading to kind of just try and wake up a little bit.

‘And then I go for a run, try and get some air and some sunshine, and try and work out in the morning or something. And then I’ll try and do a little work and just go for a walk in the afternoon. I just been trying to get some air and not see anyone.

‘But I’ve been going for drives and stuff just to get some air and some sun on my face. I’ve been writing so much. I think you just naturally, if you’re in this kind of situation, you find yourself just at instruments so much. 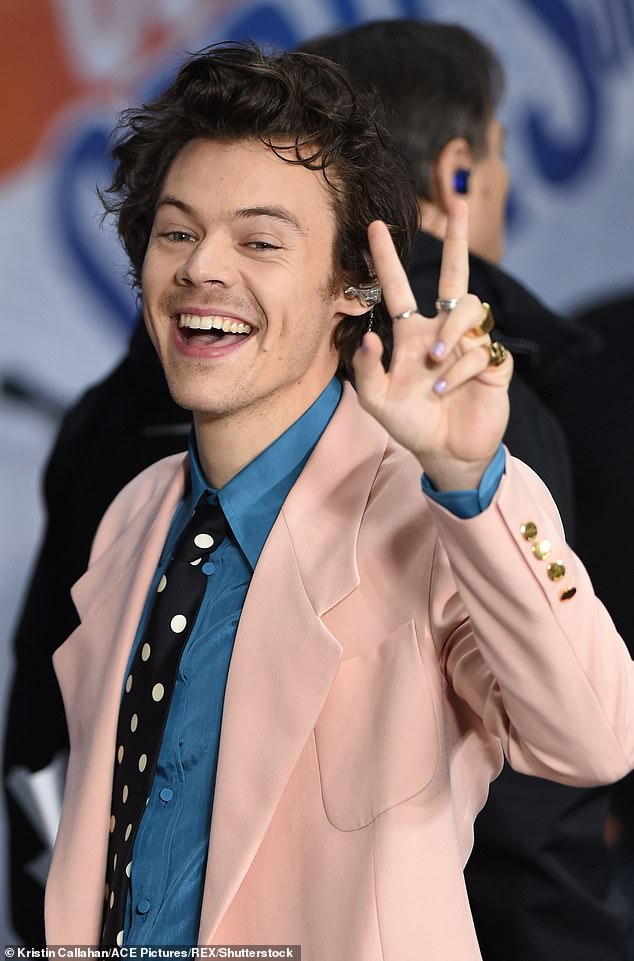 Keep going: The One Direction star said maintaining his routine had been crucial during lockdown, as well as showing his support for businesses affected during the difficult time

‘And yeah, I think trying to allow the moments of happiness and just try not to make it feel like the world is ending so much.

‘I think it’s important to have conversations with friends and laugh and have those moments right now. Because I think those are the things you’ll ultimately take from it. And that’s the stuff that I think will get you through everything.’ 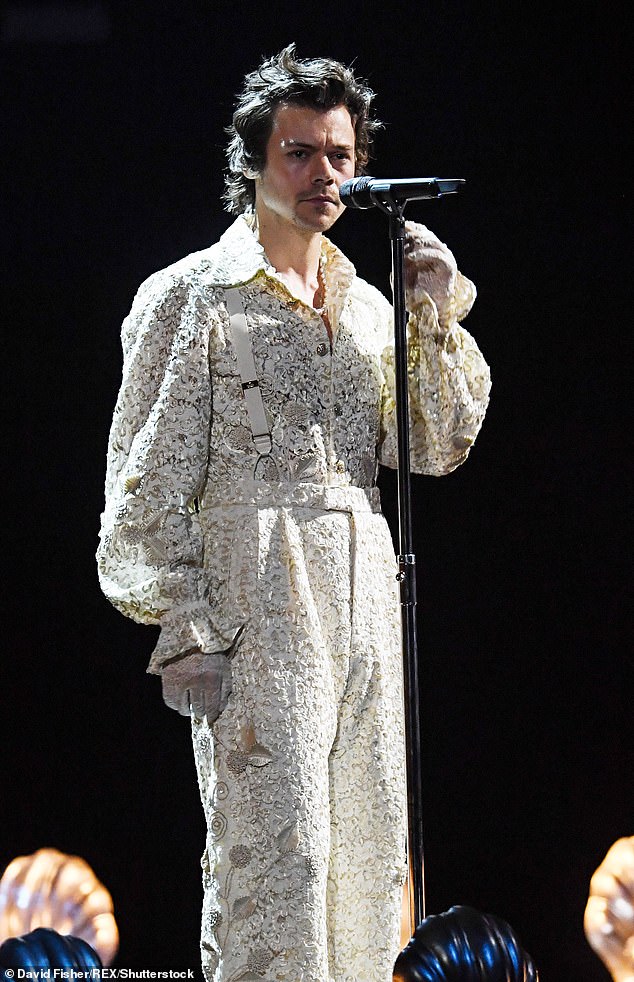 Holding off: The Watermelon Sugar singer was due to head out on his Love On Tour before the pandemic and he discussed the impact of postponing his shows

The Watermelon Sugar singer was due to head out on his Love On Tour before the pandemic and he discussed the impact of postponing his shows.

The singer revealed on Wednesday that he decided to push back his shows, which were due to begin in Birmingham on April 15, until February and March 2021, due to the global health crisis.

Taking to Twitter, he announced to fans: ‘Anyone who knows me, knows that performing has always been my favourite part of working in music.

‘However, during times like these, the safety and protection of touring crew, fans, and everyone else around the world is an immediate priority…

‘For obvious reasons, the upcoming tour in the UK and Europe will be rescheduled to 2021. Tickets already purchased will be valid for these shows.

‘In the meantime, we will be closely monitoring the situation around the world and will continue updating you in the months to come. (sic)’

He said: ‘We were [meant to be] hitting the road in a couple of weeks. Well, it’s kind of one of those things where it’s obviously disappointing, you get ready to play shows, but ultimately it’s not the most important thing.

‘And also, it’s not like we’re being singled out. It’s kind of across the board. Everyone’s shut down so it doesn’t feel so, woe is me, why is this happening to me type thing.

‘So we’ll take the rest and try and be positive and productive and then we’ll be ready to go whenever the time is right and it’s safe. It’s an adjustment because obviously there’s all the crew and stuff and everyone who’s ready to go.

‘But we’ll just wait it out and whenever it’s safe to do so and people are ready to go to shows again, we’ll start doing it.’ 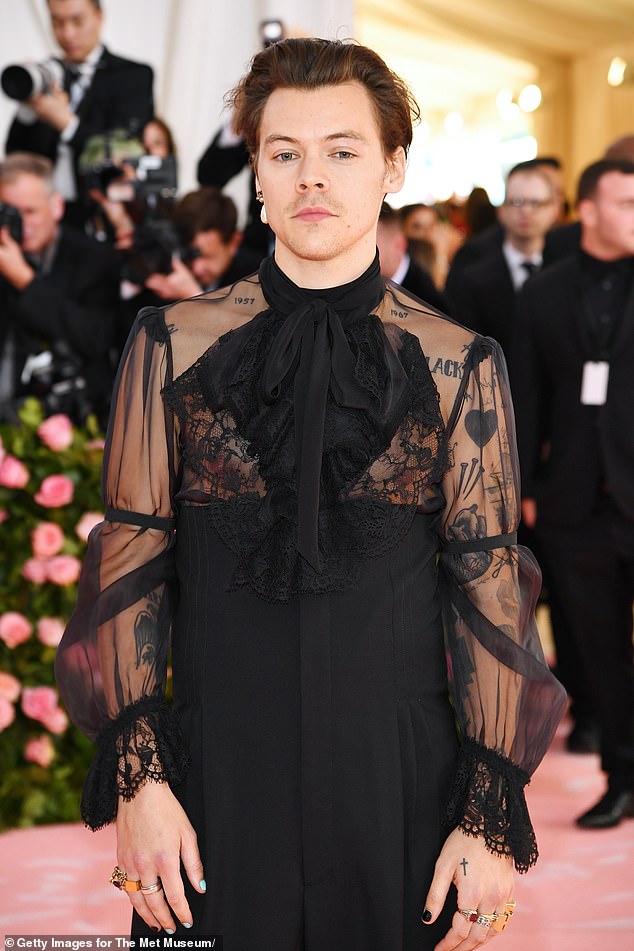 Postponed: The singer revealed on Wednesday that he decided to push back his shows, which were due to begin in Birmingham on April 15, until February and March 2021

Harry has been checking in with family and friends during lockdown, and said his loved ones were ‘doing good’ during the turbulent time.

He said: ‘It’s hard. People adjust to these things in different ways and cope with different things. But now that I know everyone’s safe and being careful and no one’s on their own either.

‘So yeah, I feel better. We’re talking every morning and stuff and checking in with each other. And everyone has plenty of food and everyone’s great. So we’re doing good. I think everyone’s trying to just do something with the time…I think eventually some positive things come out of it in terms of the learning.

‘I hope and I think overall, the human race comes out of this humbled and educated. So yeah, it feels like the world is on pause right now, which is very strange. 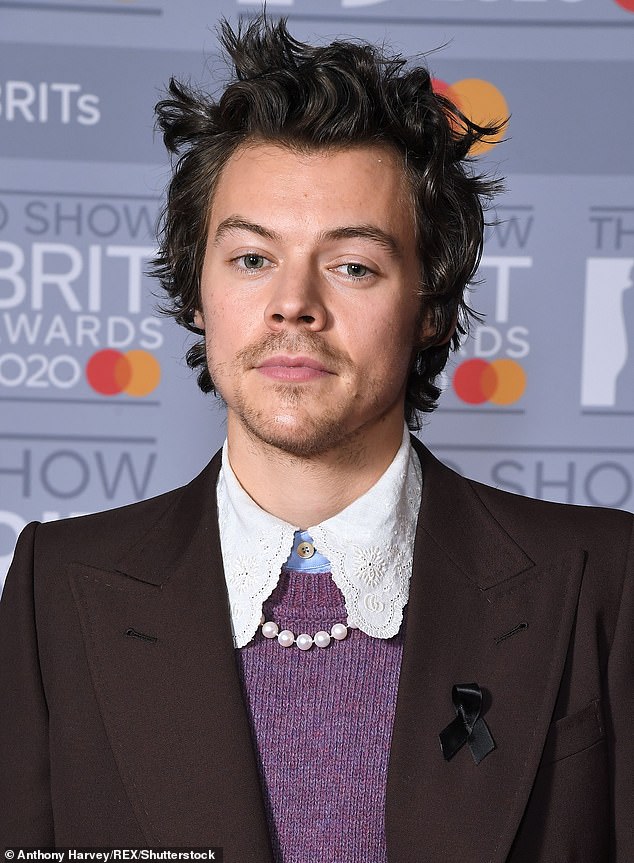 Not alone: Harry has been checking in with family and friends during lockdown, and said his loved ones were ‘doing good’ during the turbulent time