Neville won only 10 of his 28 games in charge of the Spanish club when he surprisingly took over in December 2015, and hasn’t returned to management since.

He has opened up about some of his regrets in Sky Sports’ Off Script podcast, and admitted it wasn’t his ‘wisest moment’ not to heed the words of his former boss. 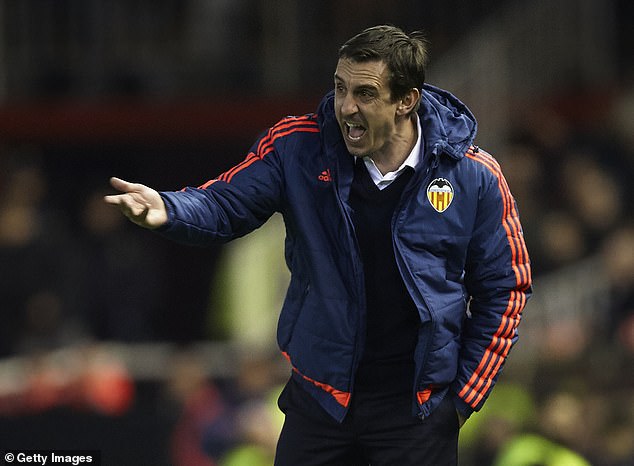 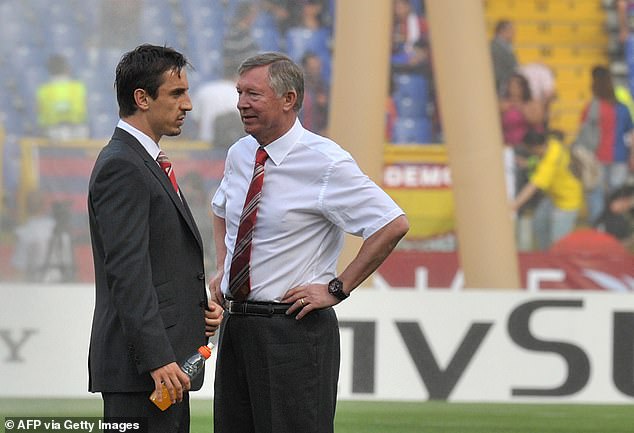 He said: ‘Early on, it was clear that some players were unhappy. I should have made big decisions on players that weren’t committed to club at that point.

‘I remember speaking to Sir Alex Ferguson quite early on and his advice was: ‘”Just get rid of them, son. Protect yourself. Only have people in the dressing room that are facing the same direction as you.”

‘But I didn’t listen. I tried to talk some players round to staying until the end of the season. But they weren’t happy. 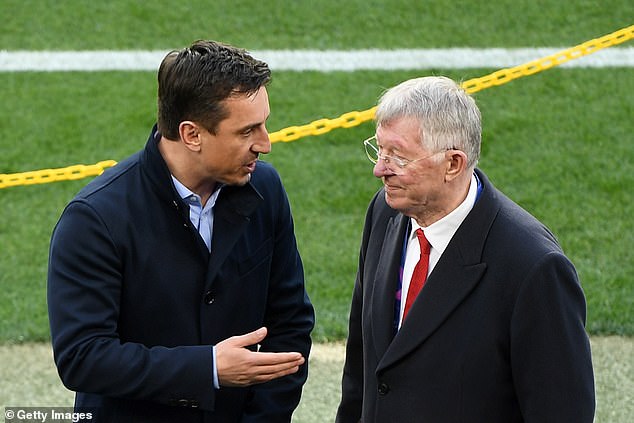 35.7% – Neville’s win percentage in all competitions

0 – Clean sheets kept in La Liga by Valencia under Neville. They conceded 25 goals in 16 games

La Liga when Neville took over…

Ferguson had a long history of dispensing with players at Old Trafford when he felt they were no longer aligned with his vision.

Paul Ince, Jaap Stam, Roy Keane, David Beckham and Ruud van Nistelrooy were all shown the door by Ferguson during his trophy-laden 27 years in charge.

Neville was sacked by Valencia in March 2016 with eight games of the season to go, his reign ended by a home defeat by Celta Vigo.

His short spell also included a humiliating 7-0 thrashing by Barcelona at the Nou Camp.

He said at the time: ‘I would like to thank Valencia Football Club, the fans, staff and the players. 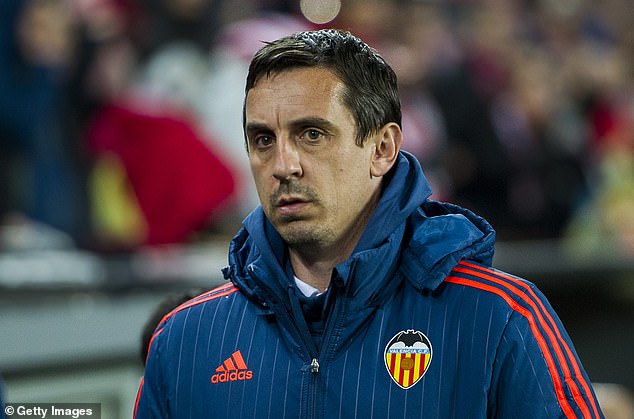 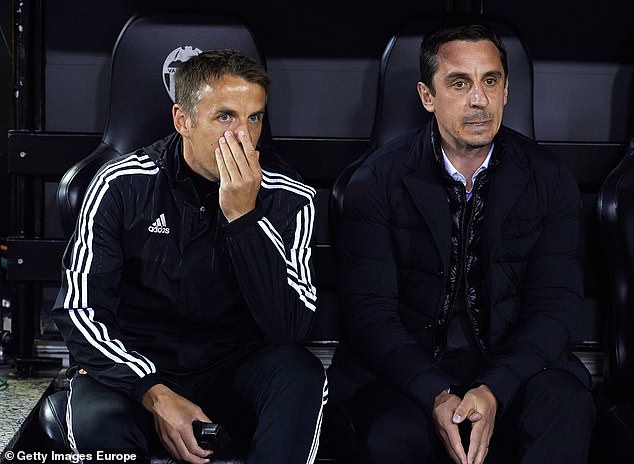 ‘I would have liked to have continued the work I started but understand that we are in a results business and in the 28 games (W10, D7, L11) they have not been to my standards or to those which are required by this club.’

After his troubled Valencia spell, Neville returned to his previous job as a Sky Sports pundit and hasn’t gone back to coaching since, save for working as a coach under Roy Hodgson with England.

He left the national side after their Euro 2016 humiliation at the hands of Iceland, and has no intention of going back to that line of work.