A ‘new’ Jimmy Anderson will take to the field when England are finally able to play again.

Not only is the 37-year-old fully fit after the broken rib that curtailed his tour of South Africa but he wants to adopt a different, positive approach to ensure he makes the very most of what remains of his record-breaking career.

‘If I do get out and play this summer I am going to enjoy it so much,’ said Anderson on Thursday. ‘There’s so many more important things to worry about than sport at the moment and people are losing their lives to this virus. 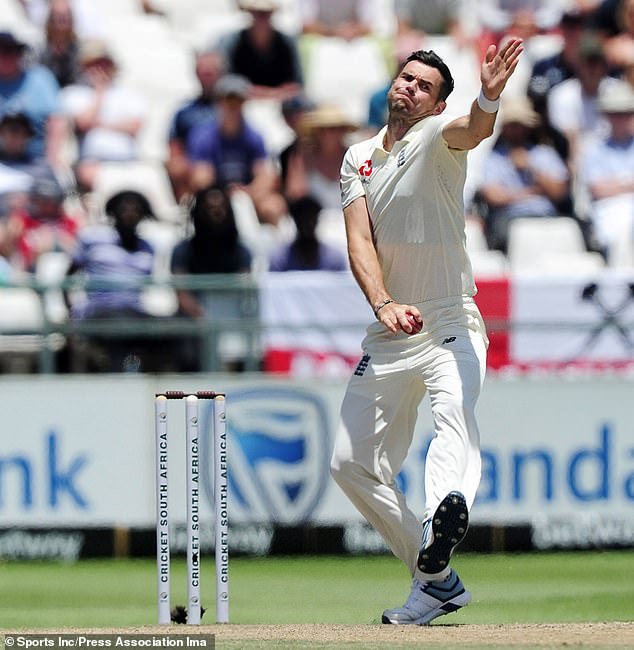 ‘So the fact I play sport for a living and have been able to do this for a long time means, when I do get to do it again, I’m really going to cherish it and relish every single moment.’

But a master of his craft who has not always had a smile on his face when going about his work is realistic enough to accept he may lose a whole season of what time he has left in the game because of the effects of the coronavirus crisis. The domestic campaign is currently suspended until May 28 but is expected to be delayed for much longer.

‘With the uncertainty of what’s going on around the world it would be silly to not think I won’t bowl a ball this summer,’ said Anderson at home in Cheshire. ‘The loss of the whole season is pretty realistic but long-term I am expecting to play again. 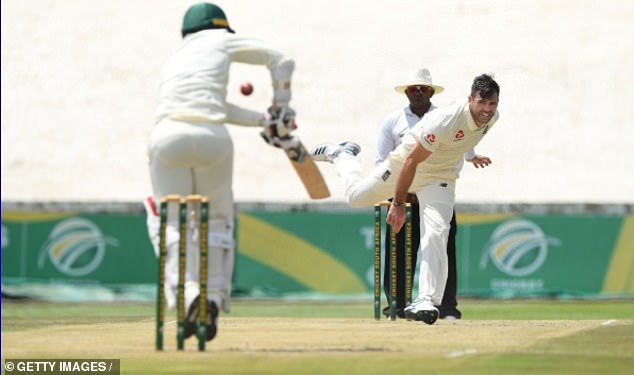 ‘I’m still hungry to play and I’ve still got ambitions to play for England, so I think that’s going to keep me driven at home trying to keep fit so whenever we do play again I’m ready to go.’

The frustration for Anderson is that he was ready to go now after missing the bulk of last summer with a recurring calf injury and then breaking down towards the end of a second Test in Cape Town early this year when he had returned to his best form.

‘I was fit enough to have gone to Sri Lanka,’ added Anderson. ‘But I think the decision to leave me out was to give me a bit more time to get a hundred per cent ready for the summer. Everything had been building up towards the first Test against West Indies (on June 4) and it all looked pretty good. I was ready and raring to go.

‘But whether it’s this summer or next winter, my plan is to get back in the England team and hopefully stay fit a little longer next time.’