The 29-year-old niece of Julia Roberts fired up her Insta Stories to upload a couple of sweet childhood snaps of herself.

In one black-and-white photograph ‘LITTLE ME’ could be seen sitting with a baby doll perched in her lap as she smiled for the camera. 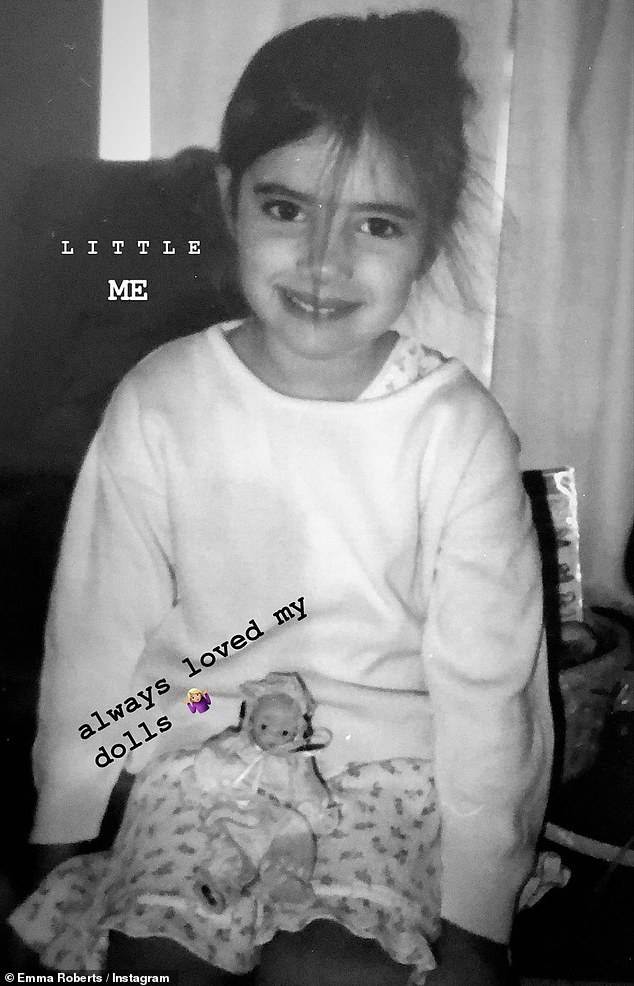 ‘Little me’: Emma Roberts fired up her Insta Stories to upload a couple of sweet childhood snaps of herself for Throwback Thursday

Emma, whose father is The Pope Of Greenwich Village actor Eric Roberts, shared that she ‘always loved my dolls’.

Another snapshot showed Emma as a child sitting on a riverbank, all decked out in a yellow dress she ‘would love to rewear !’

Emma, whom Eric shares with his ex-girlfriend Kelly Cunningham, made her movie debut at nine in Blow starring Johnny Depp and Penelope Cruz. 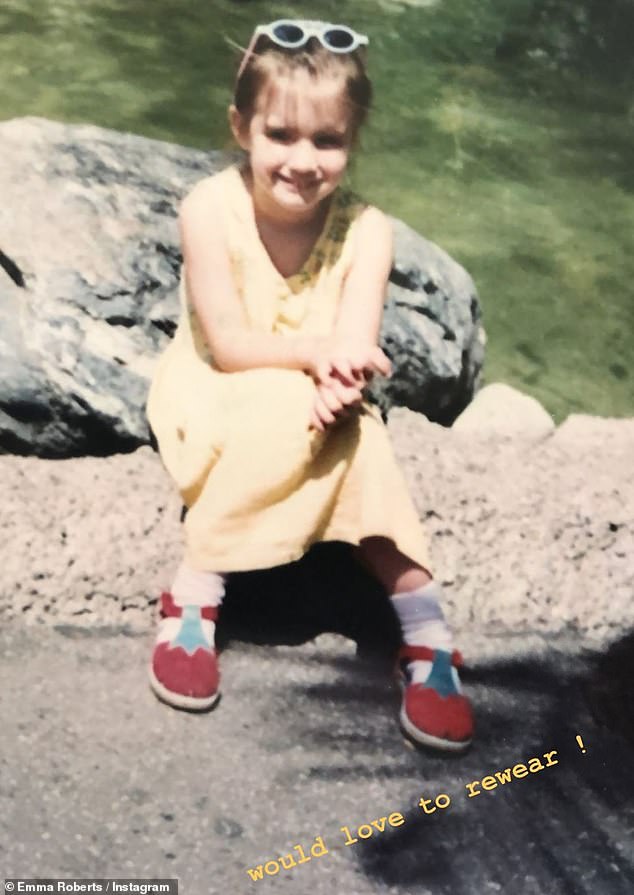 Looking back: Another snapshot showed Emma as a child sitting on a riverbank, all decked out in a yellow dress she ‘would love to rewear !’

Her childhood friends included such names as Dylan Penn, who is the daughter of Robin Wright and Sean Penn.

Robin swung by her own Instagram this Wednesday to post a throwback picture of herself cradling Dylan and Emma when the girls were children. 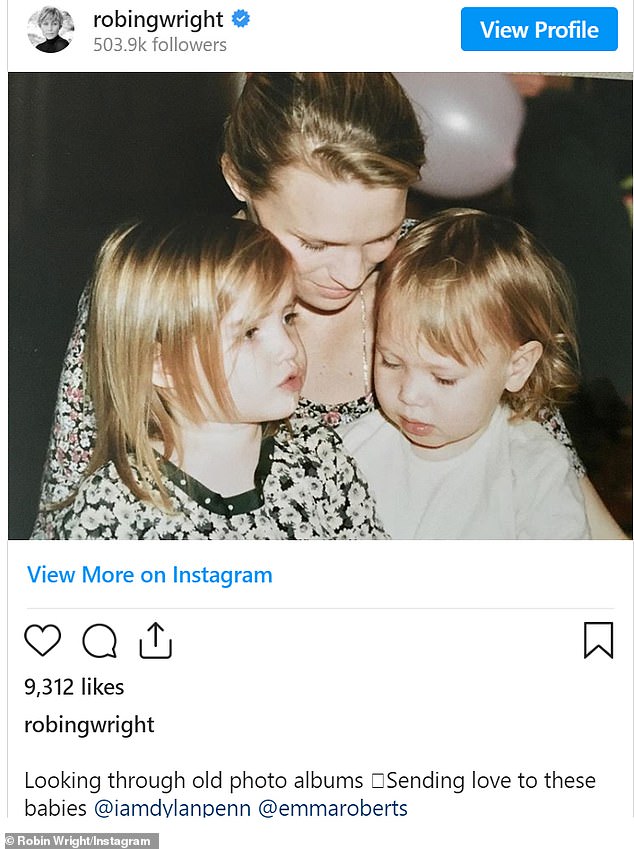 ‘Sending love to these babies’: Robin Wright shared a throwback snap on Thursday of herself cradling her own daughter Dylan Penn alongside Emma

Emma and Dylan have stayed friends into adulthood, and were seen for example posing up together at the amfAR Inspiration Gala in Los Angeles in 2015.

Eric starred in the 1989 martial arts movie Best Of The Best with the late actor Chris Penn, who was Sean’s brother.

In a more recent family connection Julia and Sean are slated to co-star in Gaslit, an upcoming drama show about the Watergate scandal. 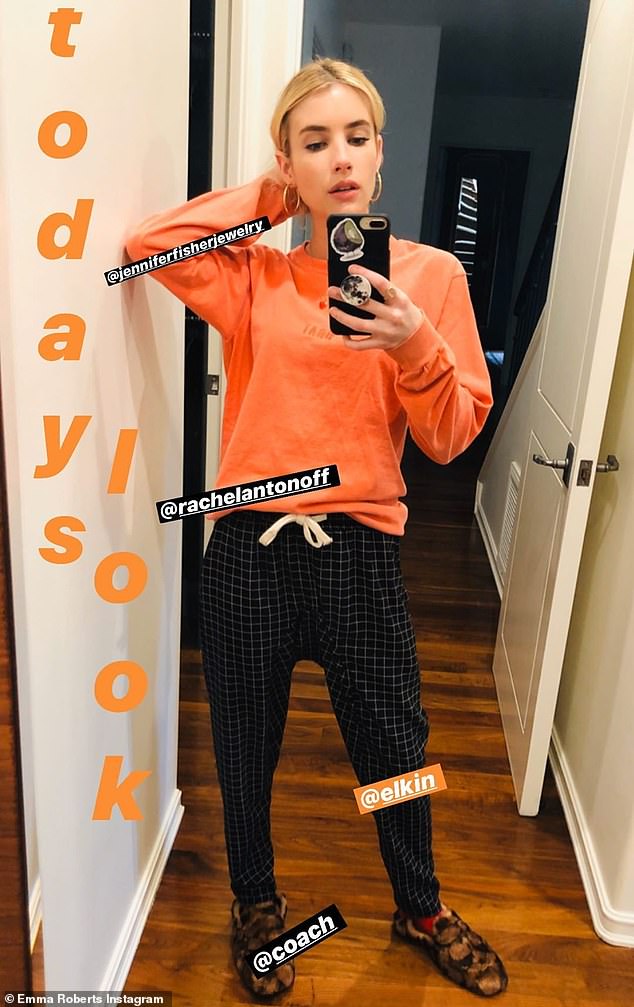 Quarantine fashion: Emma is pictured last week showing off one of the looks she was wearing while socially distancing at home amid the coronavirus pandemic