Thanks to her meteoric rise to musical stardom, she has been afforded the opportunity to meet several of her own idols in the industry.

But Dua Lipa, 24, has admitted that she was left speechless and starstruck when she ran into Stereophonics rocker Kelly Jones, 45, recently.

Speaking on The Rebecca Judd Show on Apple Music, the One Kiss hitmaker recalled: ‘When I was about to get on the Eurostar back from Paris to London and Kelly [Jones] from the Stereophonics was there. 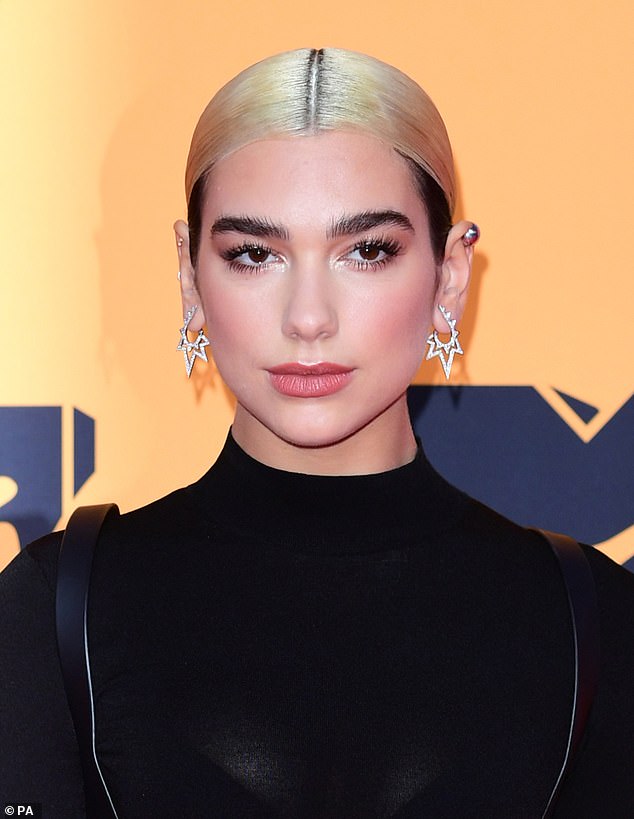 Starstruck: Dua Lipa, 24, has admitted that she was left speechless and starstruck when she ran into Stereophonics rocker Kelly Jones, 45, recently. Pictured in November

‘I didn’t even know what to say to him. And I was like, “oh my God.” I was like, “I love you.”…He was really sweet. He was like, “actually I saw in an interview that you and your dad had listened to the songs on the radio.” And he’s like, “I’m super flattered.”

‘I’m like, “no, I really love you.” I’m like, “I know all your songs.”…Then we ended up being sat pretty close to each other on the train. Actually I ended up signing a bunch of stuff for their kids.”

The British beauty also went on to reveal that she has plans to party with another of her musical favourites – once she celebrates her 40th birthday. 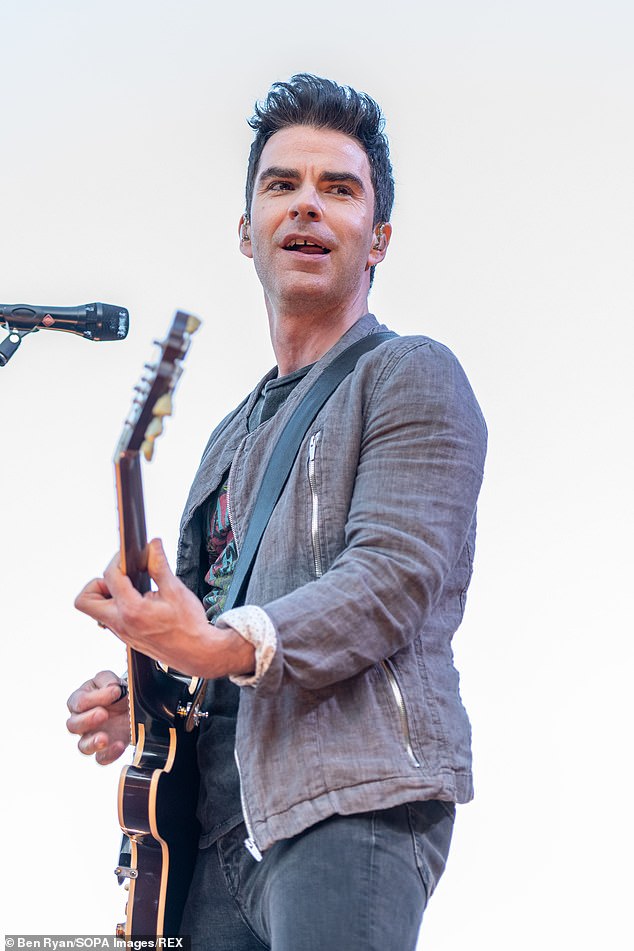 Train: The singer said, ‘When I was about to get on the Eurostar back from Paris to London and Kelly [Jones] from the Stereophonics was there. Kelly Jones is pictured in July 2019

Looking a decade and a half into the future, she said: ‘Mike Skinner’s playing. And everyone’s raving but it’s like a bunch of 40-year-olds.

‘If anyone has kids or if I have kids or whatever, they’re just so embarrassed but we’re like, “Mike Skinner’s amazing” and we’re just going in. There’s no cutoff. When you’re turning 40, there’s no cutoff.’

During her interview, Dua, who is in a relationship with Anwar Hadid, insisted that while fame has had its challenges, she ‘wouldn’t change it for the world’.

She said: ‘When I have fans come up to me and they’re like, “Oh my god, like your song has helped me get through something or has inspired me or whatever” like I really appreciate those moments and I literally, I wouldn’t change it for the world.’ 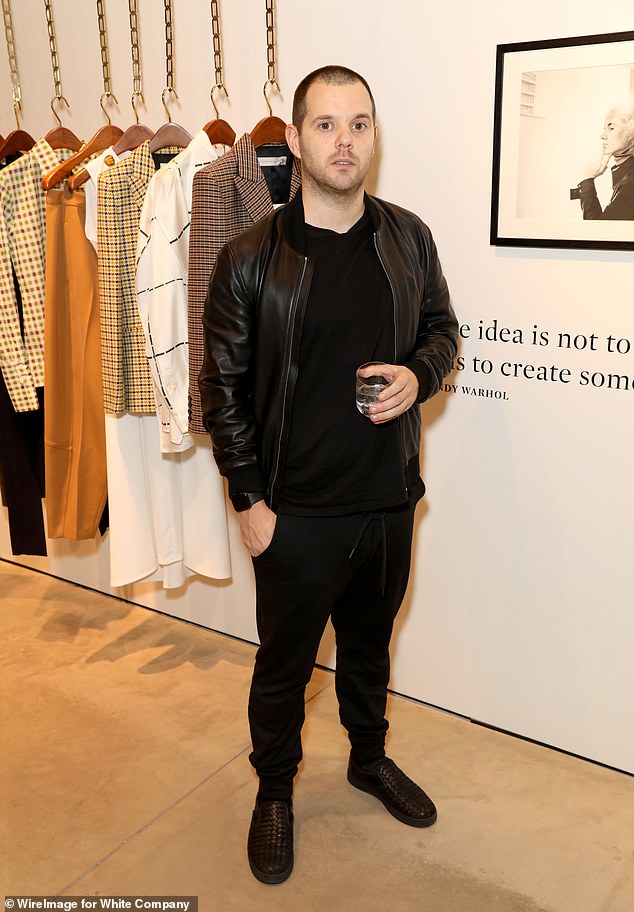 Birthday dream: The star also revealed that it’s her dream to have The Streets’ Mike Skinner DJ at her 40th birthday bash. Pictured in September 2019

That said, the singer ranks low when it comes to celebrity diva antics, as she has very simple demands for one item being present when she goes on tour: ‘Hot sauce.

‘But then I have that on my Rider as well but I always have to have like hot sauce with me…Mouth burning. Always like a scotch bonnet sauce.’

‘I’ve been working on it for two years, but for the first year I was still on the road and I was still trying to figure out exactly where I wanted to go with the record,’ she said. 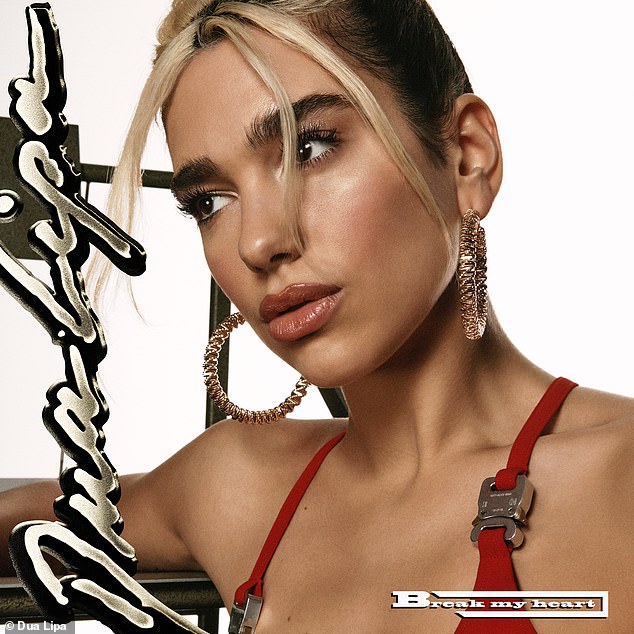 Wow: Dua Lipa has revealed her music video for new single Break My Heart ahead of the release of Future Nostalgia on Friday

‘I was in the studio writing and then it was really kind of the last nine months honing it in and just sessions everyday and just trying to finish it up… I’m just so happy with the response. And I actually can’t believe how much people like Physical.

Not because obviously I don’t believe in the song, like I love the song and it’s my baby, but I also felt like it was a bit like Marmite because it’s so in your face. I didn’t think everybody would be into it.’

However, the star admitted she struggled to whittle down the tracks that made it onto her album, revealing that ’40’ eventually didn’t make the cut.

She said: ‘It was actually a lot easier to kind of hone it down for this album because I had the theme of the album feature, Nostalgia, I was kind of a bit cutthroat in the way that I was like, “Okay, this just does not feel future nostalgia so it’s just not going to be on the record.” 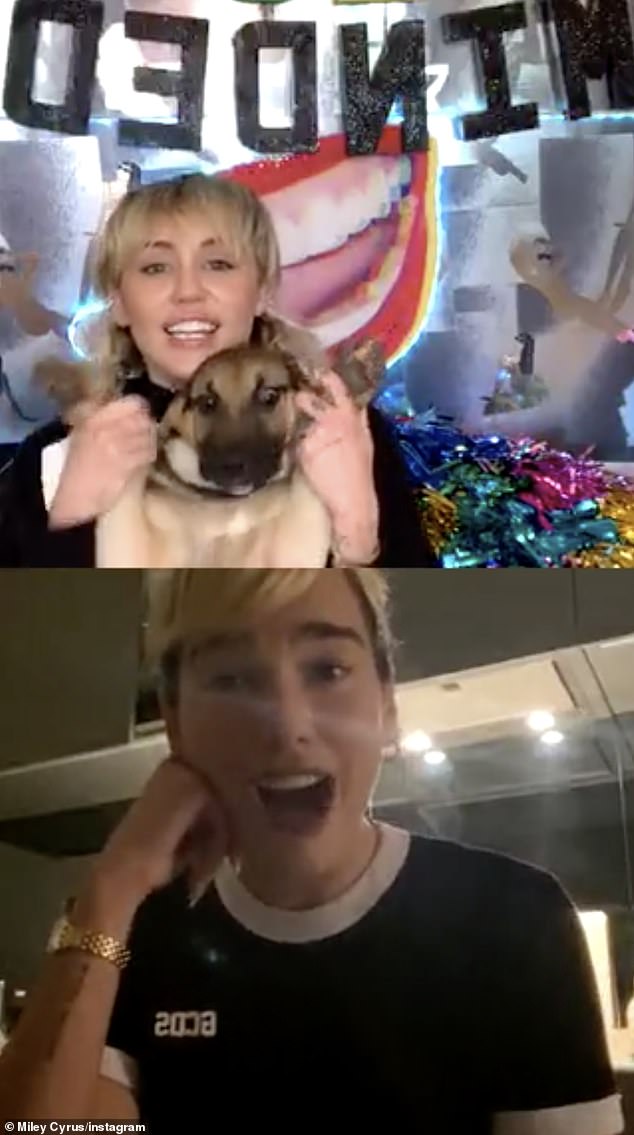 ‘And there are some songs that I really love that hopefully I’ll get to put out at a later date because they don’t necessarily fit with the theme, but they’re still like my babies.’

One method she used to vet which tracks to select was by envisioning herself performing them for fans at Glastonbury.

‘That’s also another way I just like vet the songs and I’m like if I can’t see myself performing this at a festival,’ she said. ‘I imagine what it’d be like if I was to perform them at Glastonbury.’

Listen to the full interview on The Rebecca Judd Show next Tuesday 31st March from 2pm on Apple Music. Listen live for free at apple.co/B1_Rebecca or on-demand with an Apple Music subscription. 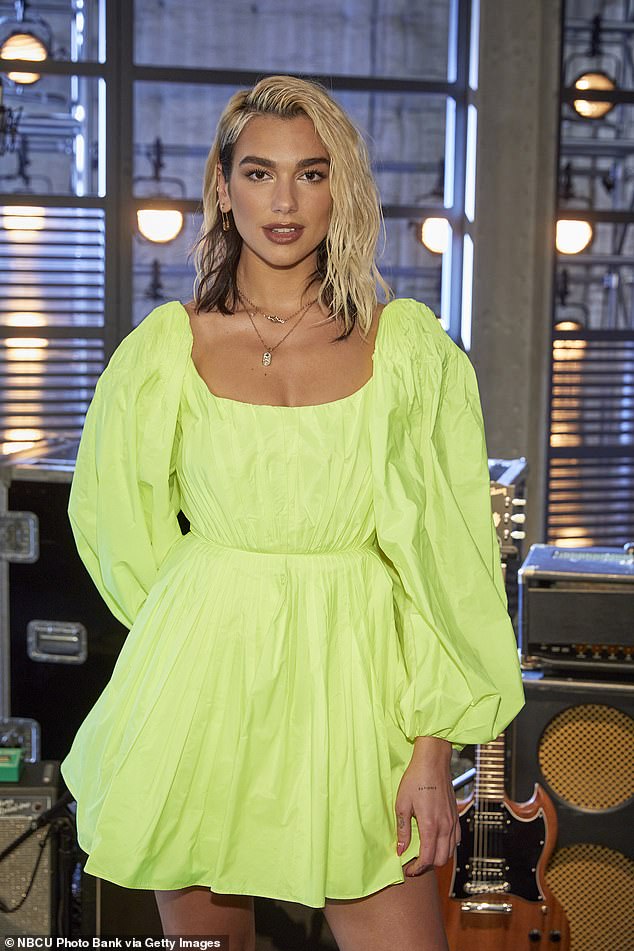 Musical idols: Thanks to her meteoric rise to musical stardom, she has been afforded the opportunity to meet several of her own idols in the industry