David Beckham’s father Ted has announced he is engaged to Hilary Meredith.

A joint statement from the couple, said: ‘While there are far more important things going on in the world right now, we are thrilled to say that we are happily engaged. Stay safe everyone.’ 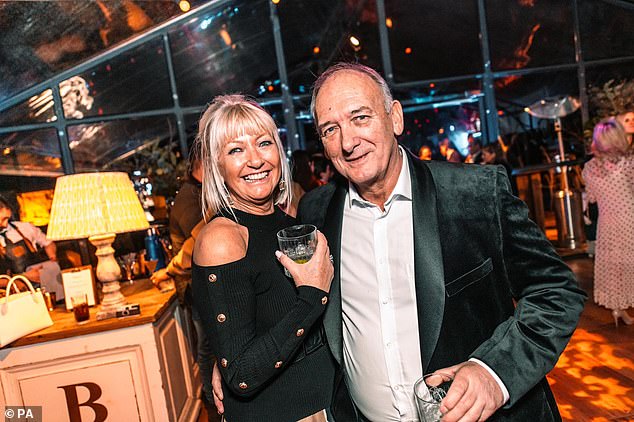 Ted’s engagement comes 18 years after he divorced David’s mother Sandra, who he was previously married to for 33 years.

Following their divorce, Ted suggested David’s skyrocketing fame was the catalyst for the breakdown of his marriage to Sandra.

He wrote in his autobiography: ‘All the hype, all the stress, all the attention – it wasn’t a world we were used to and it was very tough.

‘I don’t think we were really prepared for it – although I’m not sure there’s much you can do to prepare yourself. 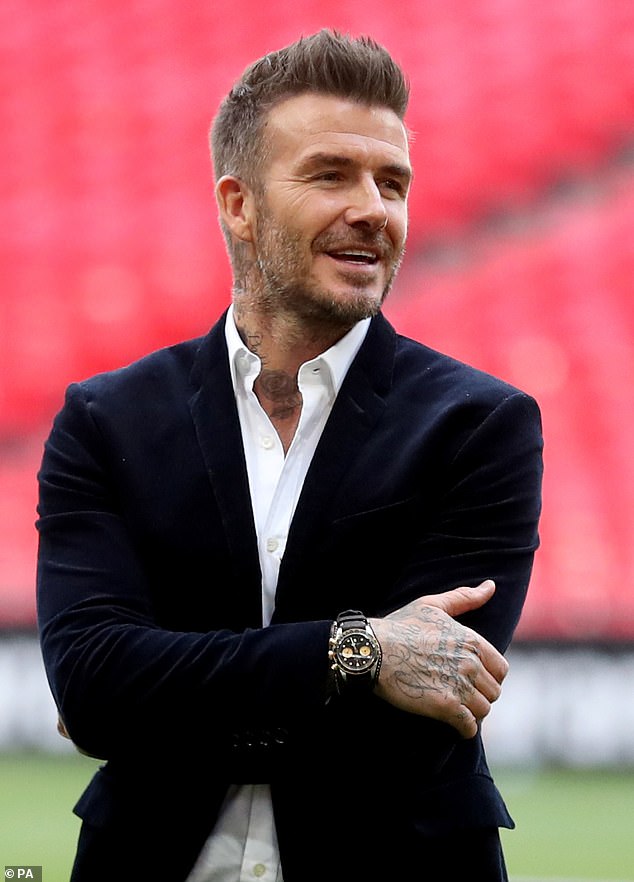 ‘You just get swept along in it and bowled along. But it does wear you down.’

Ted tied the knot with Sandra in 1969 and soon welcomed their three children, Lynne, 47, David and their youngest child Joanne, 38.

Their marriage ended at the same time David was undergoing problems at his football club Manchester United, which took its toll on the star.

Former United manager Sir Alex Ferguson sold the footballer to Real Madrid for £25 million and accused him of furthering his own agenda rather than protecting the club’s interests. 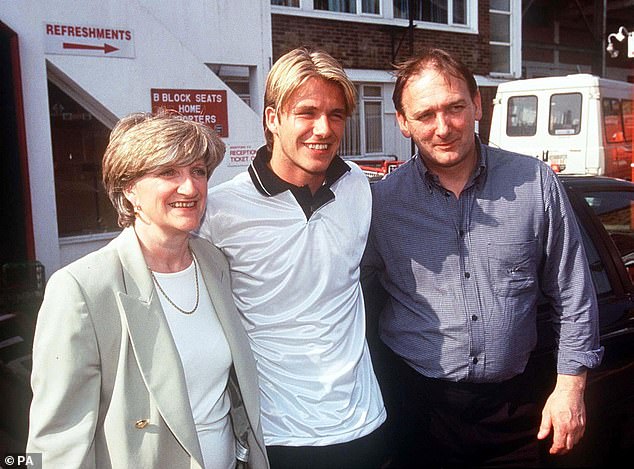 Family: Ted tied the knot with Sandra in 1969 and soon welcomed their three children, Lynne, 47, David and their youngest child Joanne, 38

Ted said at the time: ‘David found that hard to take and he was hardly helped by the fact that Sandra and I were going through the final stages of our divorce.

‘David has spoken about how hard our splitting up was for him – it was tough for all our children.

‘I know they were all pretty much grown up by the time we got divorced but it was still a heck of a shock for them. 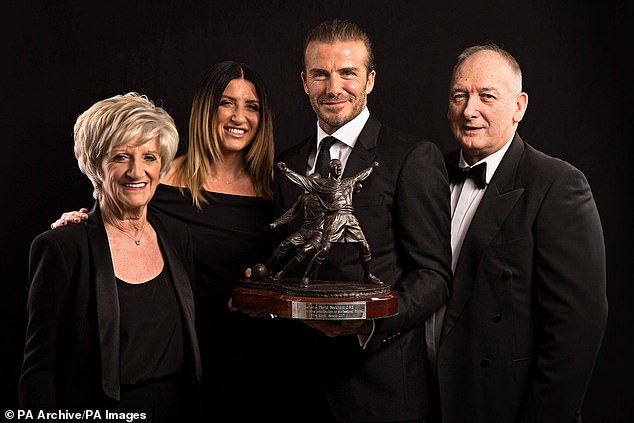 Sweet: David pictured with his mother Sandra, sister Joanne and father Ted in 2017

‘The last thing I wanted was for them to take sides. The problems lay between Sandra and me, not with any of them.

‘We’d been married for 33 years and had simply drifted apart. Just about the only thing we had in common was football.’

His now-fiancee Meredith is a solicitor, lobbyist and campaigner best known for her work on behalf of the UK armed forces, veterans and their families.

She runs law firm Hilary Meredith Solicitors and is also Visiting Professor of Law and Veterans’ Affairs at the University of Chester.

Both of David’s parents make frequent appearances on his Instagram page.

Paying tribute to his father on his 70th birthday in 2018, David shared a photo of them together when he was a child.

He wrote: ‘Happy birthday dad … Nice tash btw, now you can see where I got my change of hair styles. Have the most amazing day you deserve it .. Happy 70th love you.’