Danai Gurira wrote a heartfelt goodbye letter to fans of The Walking Dead as she exited the show after eight seasons.

The talented 42-year-old actress took to her Twitter on Wednesday to share a selfie, while dressed as her iconic character Michonne, along with a lengthy letter dedicated to diehards of the AMC series.

She wrote:  ‘Is it possible to feel your heart is broken and overwhelmed with love all at once? Leaving Michonne was one of the hardest things I have ever done.

‘I am so grateful for the kindness, beauty, and generosity of love that I have received over the last couple days. I have change and grown living in this role which has been one of the greatest privileges of my life to play.’ 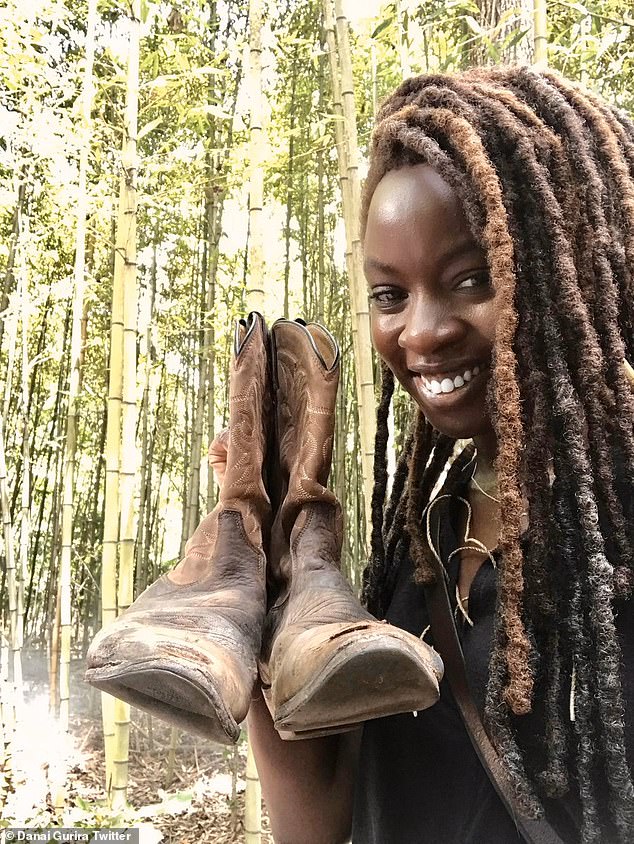 Danai went on to thank the cast and crew including Andrew Lincoln who departed the series in 2018.

Perhaps the most emotional part of the letter came at the end as she thanked the fans for the tributes done for her.

She wrote: ‘Thank you so much for the videos and tributes; for all the messages of love and support. For sharing what Michonne meant to you.

‘They have enriched me so much during this difficult time in the world. I cannot express my love and gratitude enough.’ 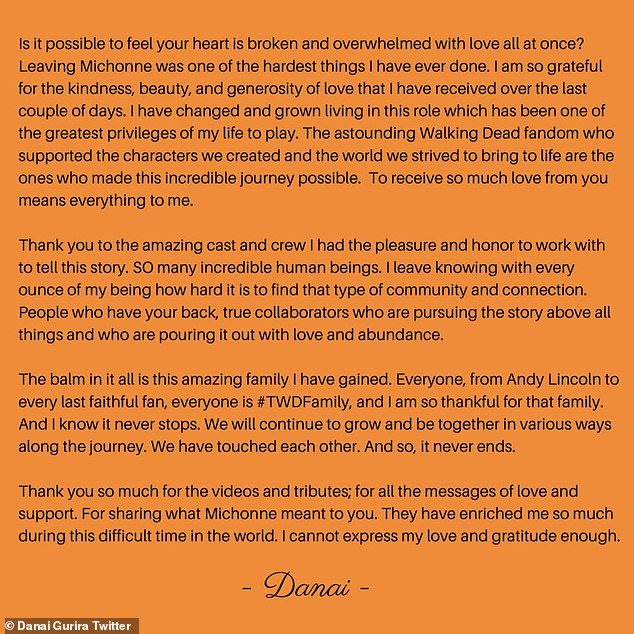 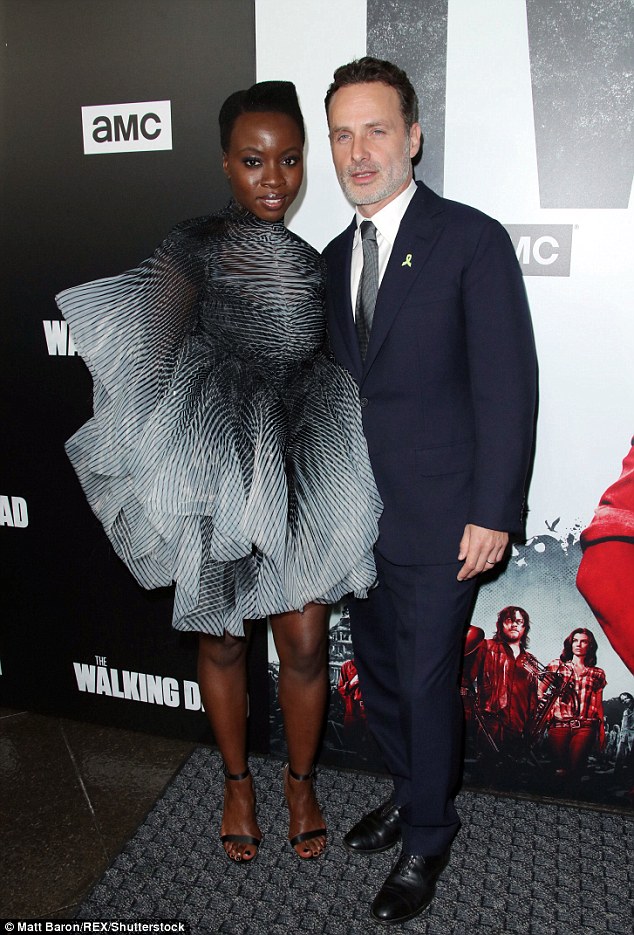 Bond: Danai went on to thank the cast and crew including Andrew Lincoln  (as they ar seen together in September 2018) who departed the series in 2018

In her last episode she found the footwear of her love-interest on the show along with a sketch leading many to believe she will be joining him in the upcoming Walking Dead movie.

Meanwhile 46-year-old British actor Lincoln has not forgot Gurira as he took to social media to share a video in which he gave her character a musical farewell. 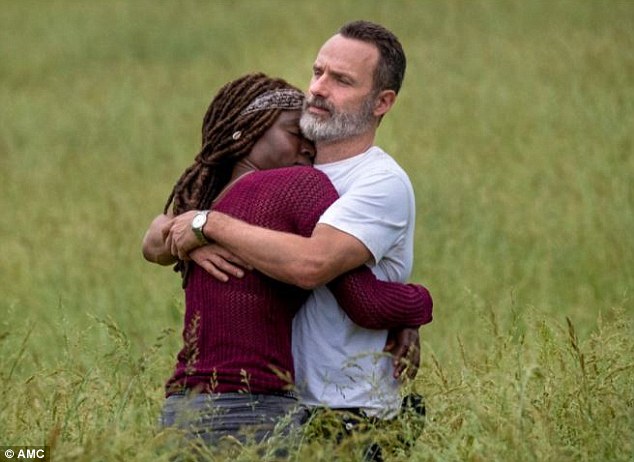 Reconciliation: The accompanying selfie featured Danai holding up a pair of cowboy boots owned by Lincoln’s character and Michonne’s love-interest Rick Grimes leading many to believe she will be joining him in the upcoming Walking Dead movie 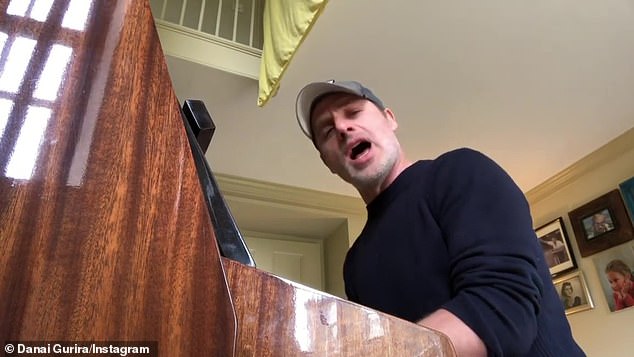 Adorable: Meanwhile 46-year-old British actor Lincoln has not forgot Gurira as he took to social media to share a video in which he gave her character a musical farewell 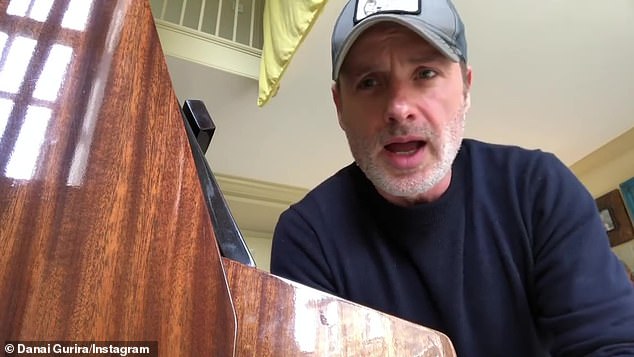 Danai reposted the cute video with the caption: ‘An Ode from Andy

‘This means a lot. Made me laugh and cry. Thank you so much Andy! (Great vocals! And piano skills! Is there anything this man can’t do?!!!)

‘You are one of the most incredible human beings on the planet. I’ll cherish the journey with you and the whole #TWDFamily always.’

Just days ago she talked about her departure from the series. 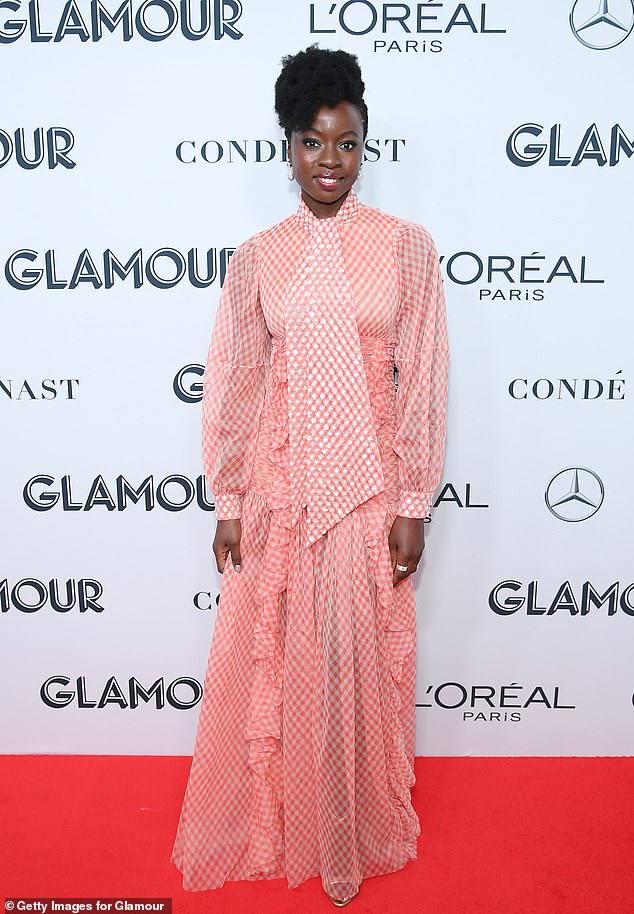 Emotions running high! Just days ago she talked about her departure from the series – calling the experience ‘very emotional’; seen in November

‘It was very, very, very emotional,’ she told EW on Sunday when speaking of her final days on set.

‘It was a lot of love. I received so much love, I was really blown back by how much love I received from everybody.

‘When you receive all that love at the same time around your leaving, I was overwhelmed, and just beyond full of gratitude.’

She continued: ‘You’re dreading that last day, that last minute, that last frame, you’re dreading it. That’s it. And at the same time, there’s so much beauty and love around it that you’re able to just be in the moment with it. So it was great. It was beautiful. It was like leaving home. There’s nothing quite like it.’

Danai’s next project will see her act as the writer for the upcoming HBO min-series, Americanah.

It will star Academy Award winner Lupita Nyong’o and Orange Is The New Black’s, Uzo Aduba.

Americanah sees a young Nigerian couple contend with the struggles of their lives as they establish different lives in the United States and the United Kingdom.

Filming was set to begin in the United Kingdom this month, but has been put on hold due to the coronavirus. 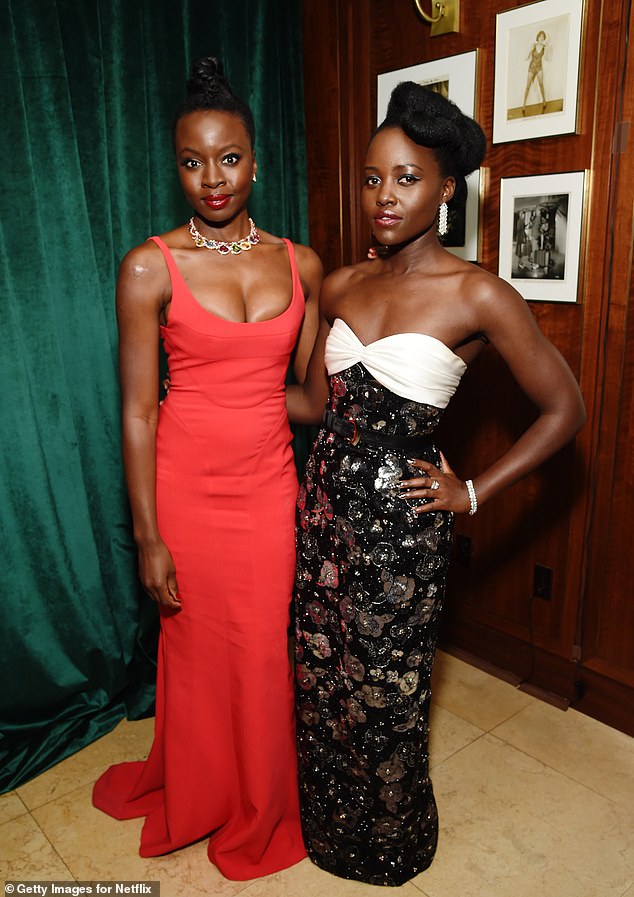 Next project: Danai’s next project will see her act as the writer for the upcoming HBO min-series, Americanah – which will star Academy Award winner Lupita Nyong’o (pictured in January)

Danai has also signed a new deal with ABC to create content for ABC studios.

The beauty’s busy schedule comes after she said goodbye to her beloved character, Michonne, on Sunday night.

‘It was everything,’ she said when speaking on radio about her character’s departure from The Walking Dead, according to Deadline. 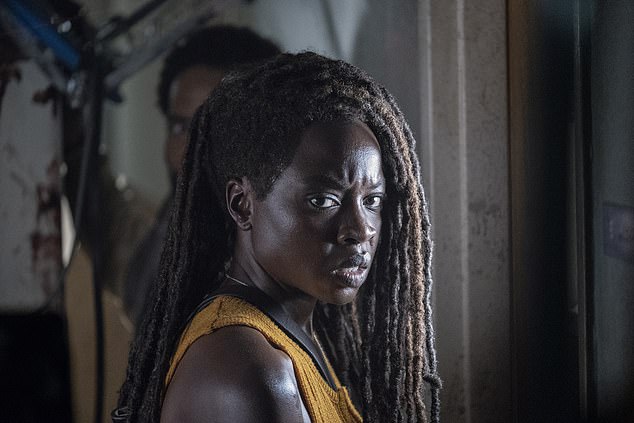 Hellish journey: Michonne endured a drug-induced trip through ‘hell’ on Sunday’s episode of The Walking Dead on AMC

Sunday’s episode saw Michonne leave the show after she encountered two travelers who asked for her assistance.

Michonne flashed back to the day she met her love Rick Grimes, and the way he extended his friendship to her.

‘Come on,’ she said, as helped the pair limp into the sunset.

The Walking Dead returns next week on AMC. 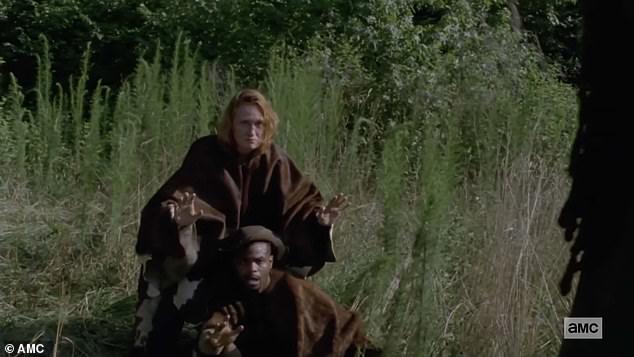 Full circle: Michonne after being reminded of Rick’s generosity during her arrival eight seasons ago, decided to help a man and woman who asked for her assistance and walked away with them