Brighton chief Paul Barber has warned lower league clubs that Premier League sides must get their own house in order before helping teams further down the pyramid cope with the damage caused by coronavirus.

With the football season on hold, there have been calls for top-flight giants to offer financial lifelines to those clubs whose future is at stake.

But Albion CEO Barber said: ‘We’re all suffering at the moment, Premier League clubs as well. And we have to first of all safeguard our jobs for our people. We have to pay our bills and then of course, if we can, then to be able to provide further help further down the football pyramid would obviously be a good thing at a very, very difficult time. 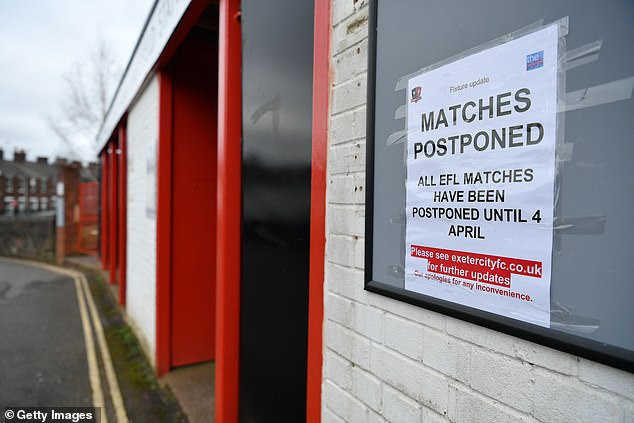 ‘The last thing anyone wants is for any football league club to go out of existence… we are certainly are not looking down on other clubs in difficulty without a care.’

He said clubs had to ‘make sure that we can get through the next weeks, months – however long it is before we get back playing football again – and then of course if we can help others we certainly will’.

Barber also revealed during Thursday’s virtual press conference that three Brighton players had been tested for coronavirus, with one returning positive results on Thursday. 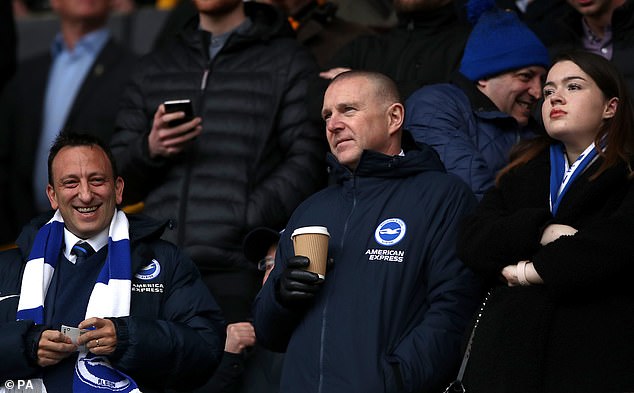 He wouldn’t say who the affected player was but insisted they were fine and receiving treatment.

Graham Potter and his young family, meanwhile, are in self-isolation after the manager’s wife showed flu-like symptoms.

His players are currently training from home, with Potter revealing: ‘We have been able to get equipment to the guys. We have emptied the gym.’