Brendan Rodgers is making regular checks on the mental health of his Leicester players during the coronavirus crisis.

Leicester were involved in the final Premier League fixture before the shutdown – a 4-0 win over Aston Villa on March 9 – and have since closed their training ground due to the spread of Covid-19.

That has left players to try to maintain their fitness at home but Rodgers is keen to ensure they are in a healthy state of mind. 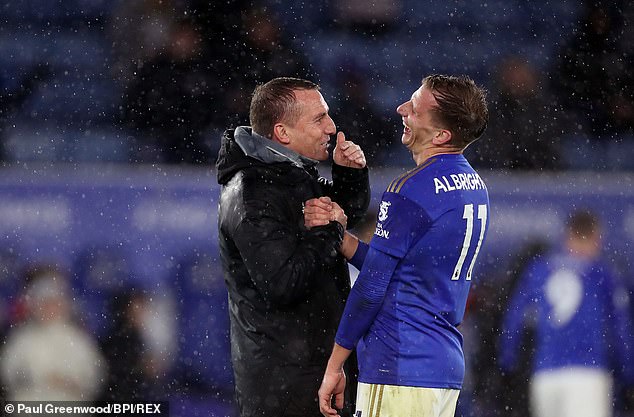 He said: ‘I’ve spoken to most of the players, I’ve been connecting with them, making sure they’re okay.

‘On the mental side for players, it’s a difficult period for everyone around that, so we’re helping them deal with that side. It’s important to be supporting their mental fitness and wellbeing. We have a structure in place to deal with that.’

Premier League chiefs hope to be able to re-start the season, although they will not be able to do so before April 30 at the earliest. One idea is to stage the remaining matches in June, although Rodgers cautioned against setting such targets.

He added: ‘It’s very difficult to look ahead [to the return of the football season]. It’s more about people’s wellbeing. That’s what’s important.

‘People’s health is most important. The football aspect will come later, when the virus has been dealt with. We’re purely thinking of the wellbeing of our colleagues and their families.’