Carson Daly and his wife Siri have welcomed their fourth child together.

The Today show anchor announced the arrival of daughter Goldie Patricia Daly Thursday on Instagram, where he posted a photo of the newborn laying in the arms of her mother.

Carson, 46, and Siri, 39, both wore face masks as they took a photo with the newest member of the Daly family. 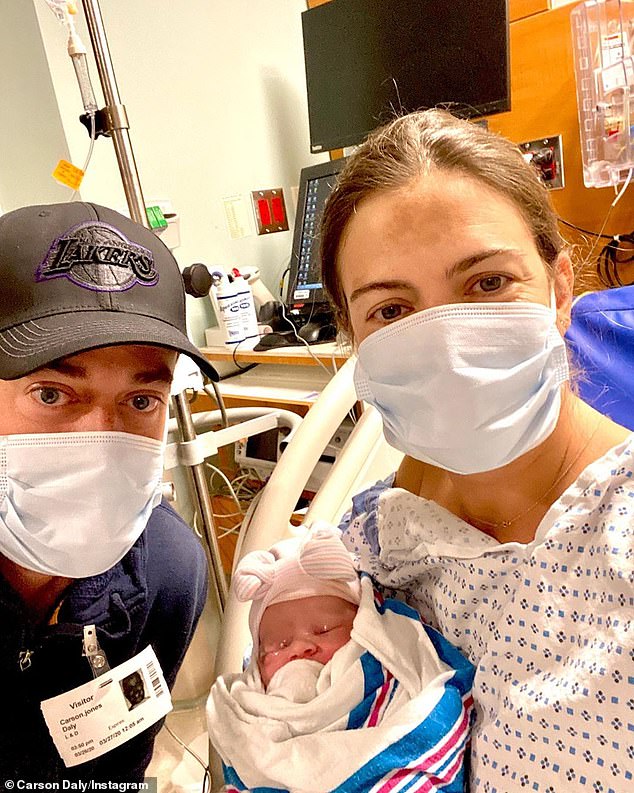 Oh baby: Carson Daly and his wife Siri have welcomed their fourth child together

‘Daly Planet Exclusive! Carson & Siri Daly (Hi! That’s us!) along with proud siblings Jackson James (11) Etta Jones (7) and London Rose (5) are beyond thrilled to announce the arrival of Goldie Patricia Daly!’ Carson gushed in the caption.

In addition to the arrival of their child, the family also sent a ‘special shout out’ to the medical team serving their hospital amid the coronavirus pandemic.

‘She was born at 4:08pm (ET) coming in at 8.2lbs & 20 inches long. Go Go and mom are doing great. The Daly family wants to send a special shout out to the incredibly brave & selfless medical staff at our hospital in New York and also the many courageous people on the front lines of this dreadful virus.

‘We thank God not only for the safe birth of our daughter, but for their tireless work attending to so many in need. It is a bittersweet event for us as we are extremely grateful, but also mindful of this unparalleled time in our history. We appreciate your well wishes and ask that you join us in praying for the many suffering around the world. God Bless you all.’ 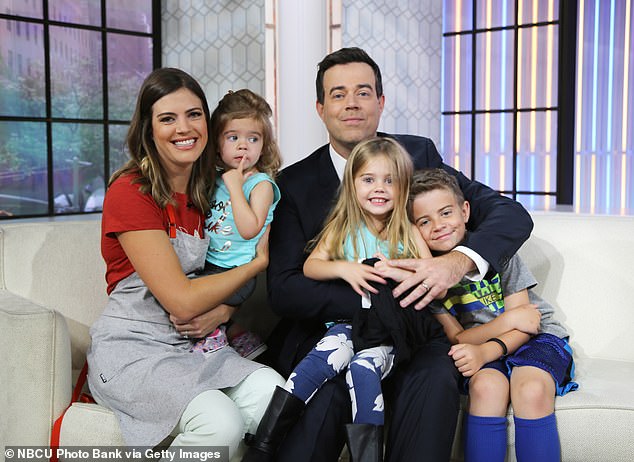 Expanding! Daly and his wife announced the pregnancy on the Today show (pictured 2017) 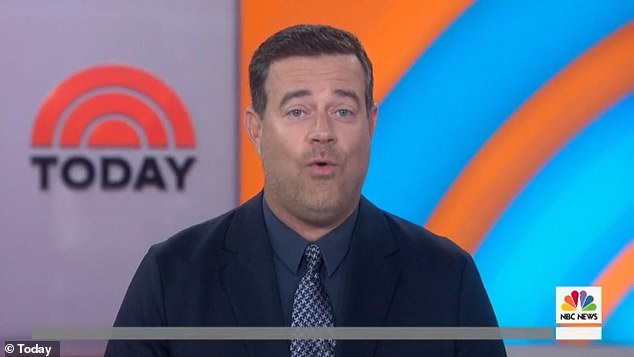 So proud: The 46-year-old shared the happy news on the show this morning, revealing that wife Siri is happily expecting once again

It was only a few months ago Carson was announcing his wife’s pregnancy on the Today show.

‘We couldn’t be happier to share the news that our family is growing by one this spring,’ the couple said in a joint statement. ‘We are continually amazed by God’s blessings in our lives. Our entire family is grateful and so excited!’ 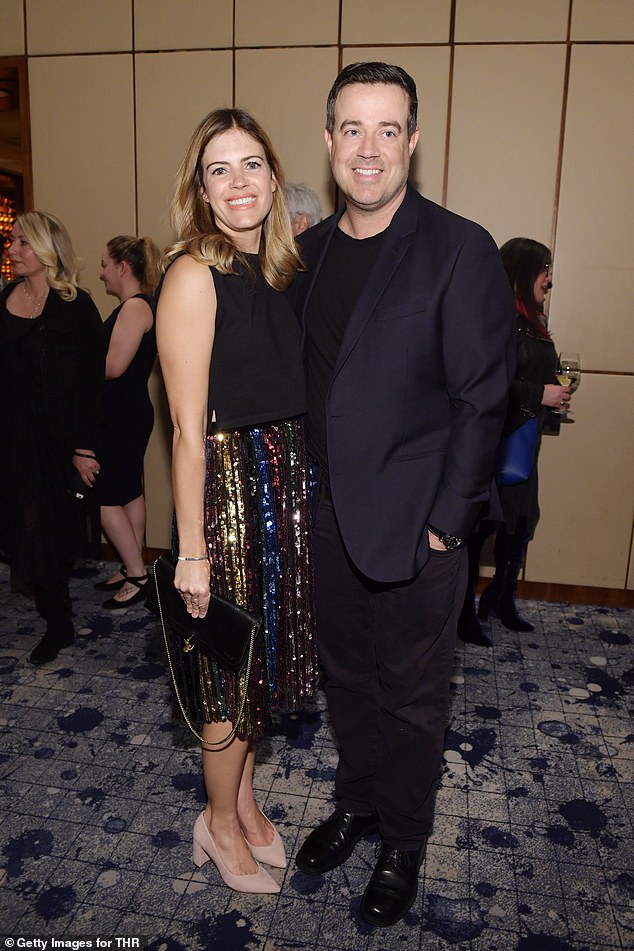 Wedded bliss: He and Siri, a food blogger, married in December of 2015

Carson made the announcement on the Today show, telling his co-workers about his baby joy with his food blogger wife, whom he married in December of 2015

‘Siri Daly, my incredible wife — she’s gearing up for a big spring, because that’s when she’ll give birth to our fourth member of the Daly family,’ he said on air.

His coworkers were clearly shocked, with Hoda Kotb gasping and excitedly asking him if he was kidding.

He also accepted hugs from everyone, included Dylan, who is pregnant herself with her second child. 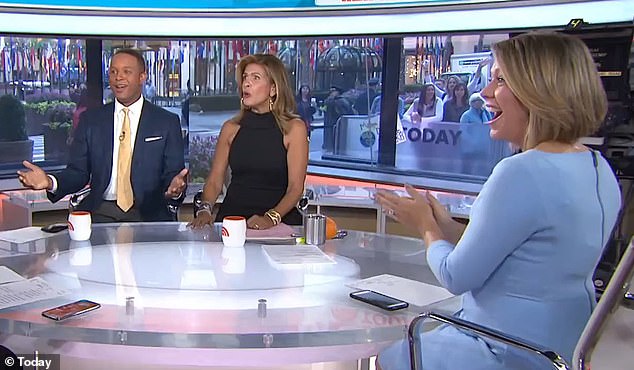 What!? His colleagues were shocked and thrilled by the big news 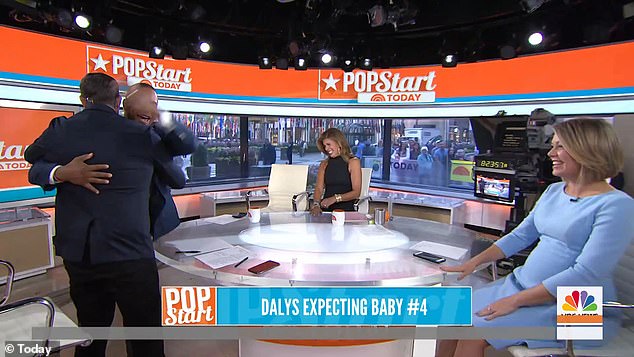 Yes! Craig Melvin got up first to give him a warm hug while Hoda and Dylan smiled on 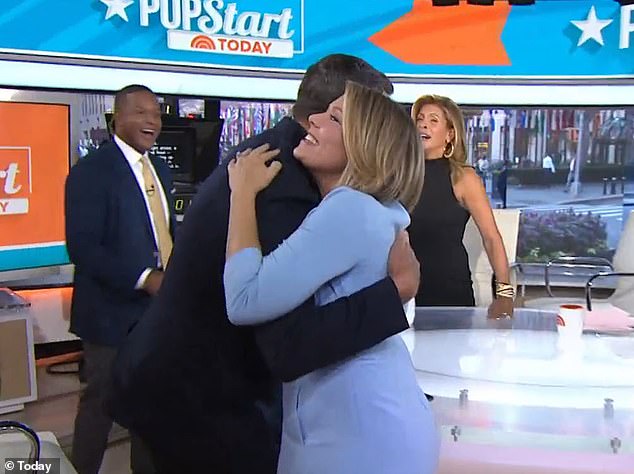 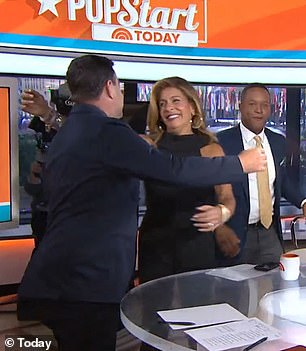 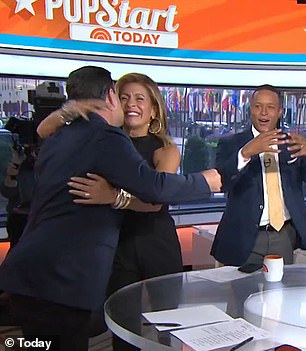 A big day! Hoda also seemed quite thrilled for her morning show colleague 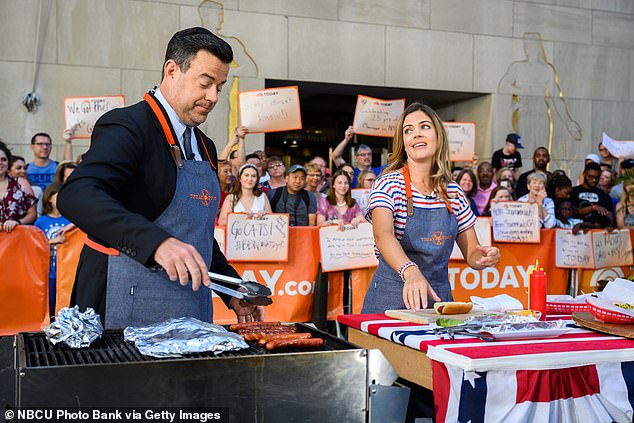 On air: Siri has popped up on the Today show in the past

‘You should hug Siri not me, I’ve done very little in this situation,’ Carson joked.

Carson has gushed about his three kids in the past, particularly after his mother Pattie died after a heart attack in 2017 and his stepfather Richard succumbed to bone cancer five weeks later.

‘My parents were overly proud,’ he said in March. ‘I sometimes try to love my kids, I think, less, almost on purpose, because I’m so scared of loving them too much.’

He also discussed being a working dad with a busy career.

‘I’m very sentimental with my kids. When I’m driving to JFK (airport) and I’m going to be gone for five days, it really does suck,’ he said. 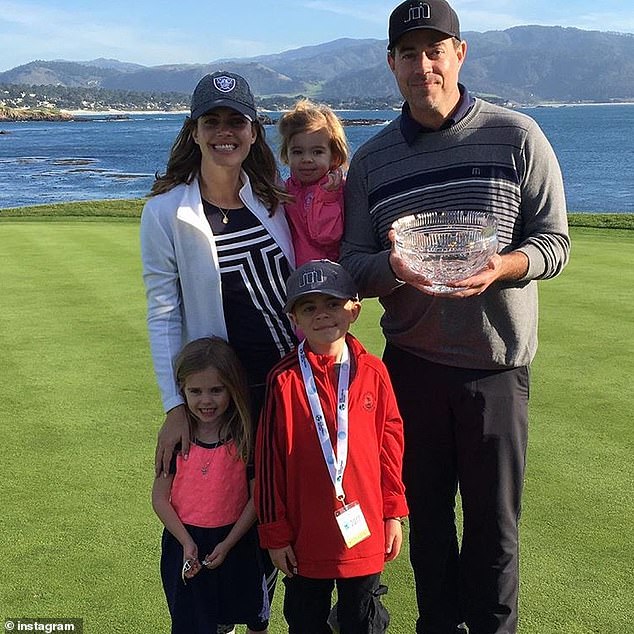