Britney Spears left fans in hysterics after she appeared to suggest she’d beaten the men’s 100 metre World Record on Thursday.

The pop icon, 38, took to Instagram to share a screenshot of a timer that recorded her run as taking 5.97 seconds, a full four seconds faster than Usain Bolt’s 9.58 second record.

Gushing about the achievement, Britney said in the caption: ‘Ran my first 5 !!!! Getting over your fear of pushing it in the beginning is key…. 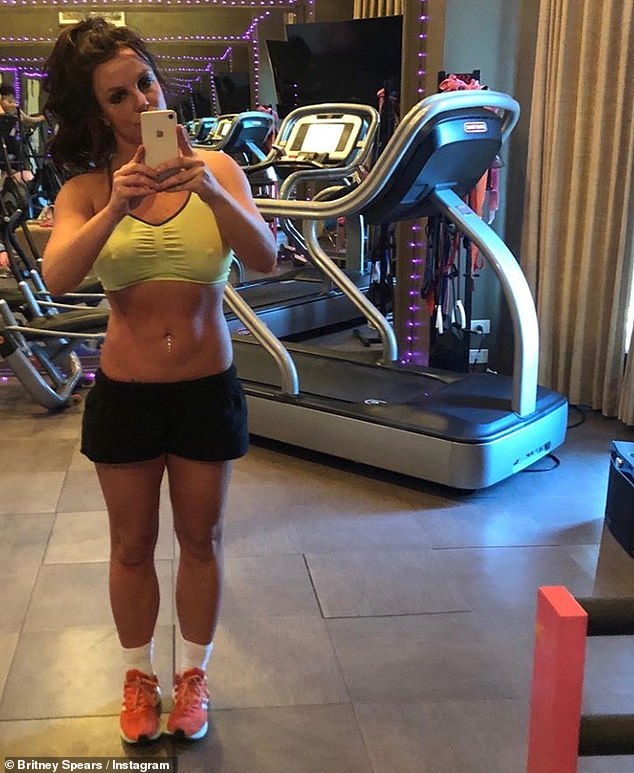 Surprising: Britney Spears left fans in hysterics as she claimed to beat men’s 100 metre World Record by four seconds in an Instagram post on Thursday