And Nikki and Brie Bella gave Gordon Ramsay the wrestling treatment, as they made a guest appearance on his show Scrambled.

Taking hold of the sleeves white chef’s jacket, the pair ripped them clean off, exposing the 53-year-old’s toned muscular arms. 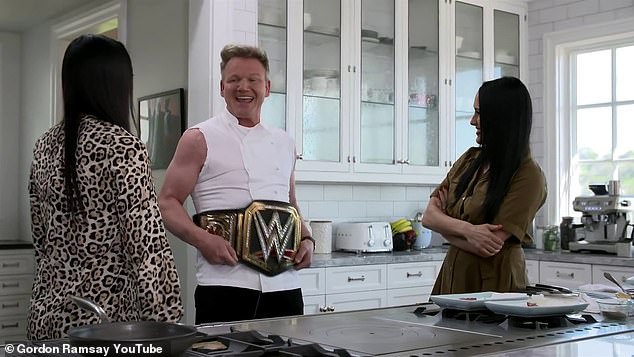 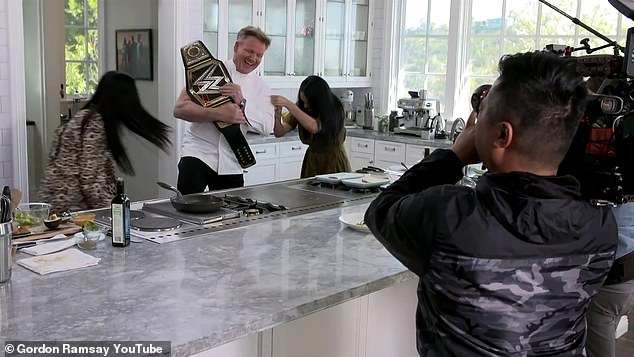 Life lesson: The pregnant twins were on the show to learn how to craft perfectly fried eggs and make a breakfast sandwich 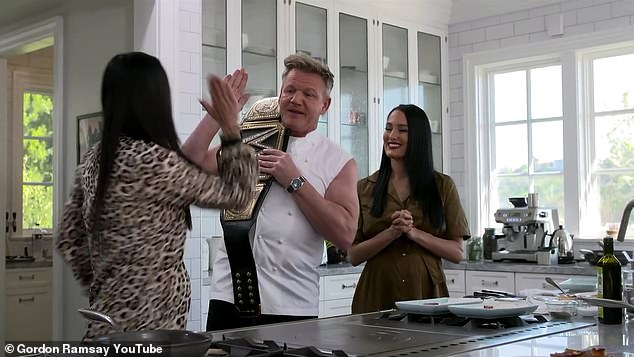 Rip: They tore off Gordon’s sleeves to his chef jacket

The pregnant twins were on the show  to learn how to craft perfectly fried eggs and make a breakfast sandwich.

They chatted about their pregnancies to Gordon, who is himself a father of five.

Saying they were just 1.5 weeks apart, the pair speculated that their babies could share a birthday.

‘We feel like they are twins in some spiritual way,’ said Bella. 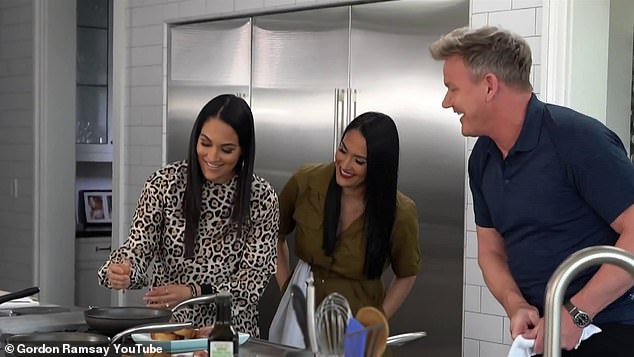 Class: They chatted about their pregnancies to Gordon, who is himself a father of five 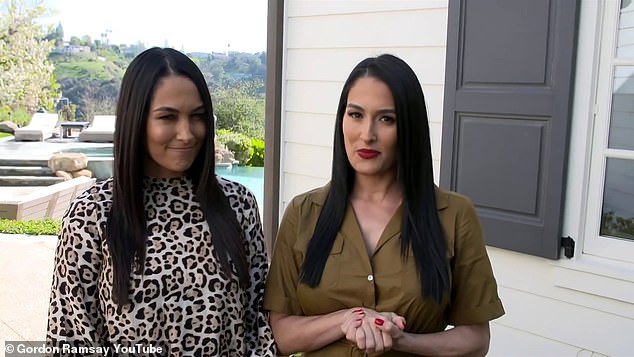 ‘Scared’: The two talk to the camera before meeting Gordon

Gordon shared his own parenting tale – revealing he fainted at his youngest child’s birth last year.

‘We just had out fifth, last year, Oscar,’ he told them proudly, following up with a horrifying tale.

‘It’s the first time I think I can genuinely say I collapsed.

‘They pop this thing through and they give it to me and I was like “Wow, hold on.” And I just lay back like that and then I feel and I woke up with a wet flannel on my face. Terrible.’ 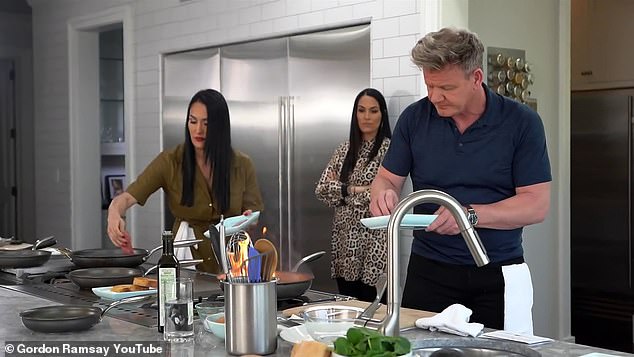 Tag team: Gordon taught them to make a breakfast sandwich 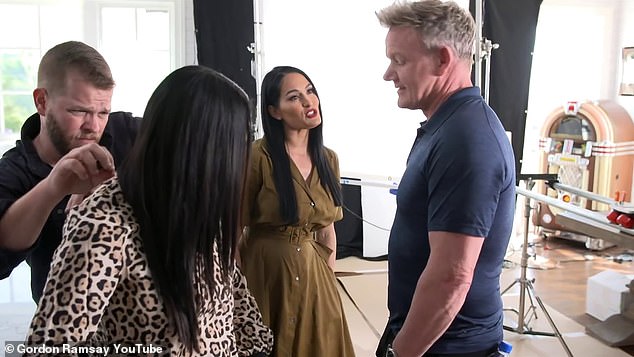 Scary: He shared how he fainted when his younger child was born

While Ramsay is known for his fearsome reputation, he was on his best behavior with the pregnant twins.

Before meeting Gordon, Nikki told her sister: ‘Yes I’m scared of him.’

Brie replied:  ‘Let’s go see if chef Brie is better than him.’

To which Nikki gasped:  ‘When you meet him do not tell him that you think you’re better than him.’

The 36-year-old went onto tell Gordon: ‘I’m the better cook.’ 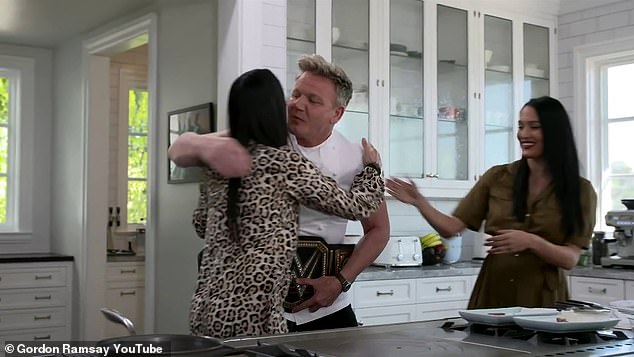 Making friends: The fiery chef was on his best behavior